The fishermen also claimed that they did not have enough space for parking their boats, due to which severe damage was caused. 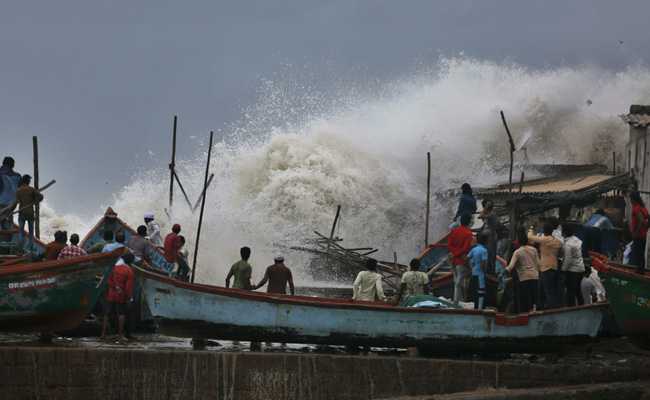 Cyclone Vayu, which was going to make landfallon Thursday had changed course and moved towards Oman

Fishermen claimed to have incurred significant losses and damage to their boats in the wake of gusty winds generated in the region due to Cyclone Vayu.

The fishermen also claimed that they did not have enough space for parking their boats, due to which severe damage was caused.

The fishermen have appealed to the government to take steps for ensuring sufficient places for boats to be parked. They have also asked for compensation for the losses incurred.

"There is a lack of planning related to precautionary measures to protect the coastal areas of Gujarat. The government should start working now and a committee should be formed," Congress leader Arjun Modhwadia said.

"Vayu cyclone has been killed in the sea for now. But wind velocity is suggesting heavy rain. If this cyclone was high then it could have ruined the whole coastal area," he added.

Cyclone Vayu, which was going to make landfall on Thursday has changed course and moved towards Oman, according to officials of the India Meteorological Department (IMD).

In the wake of the cyclonic storm, Western Railway on Friday said seven more mainline trains have been cancelled, while another five trains have been short terminated with partial cancellation as a precautionary measure.