Gujarat Assembly Elections: The AAP is pushing hard to make inroads into Gujarat this time, with Arvind Kejriwal leading from the front. 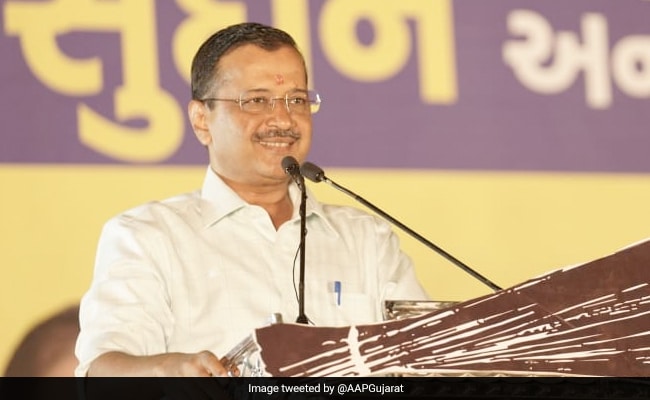 Gujarat Elections 2022: Arvind Kejriwal is leading the AAP campaign in Gujarat from the front

As Gujarat voters queued up at polling booths for the second phase of Assembly election, Delhi Chief Minister and Aam Aadmi Party leader Arvind Kejriwal urged voters to "do something different this time".

The AAP is pushing hard to make inroads into Gujarat this time. The party launched an extensive campaign in the BJP stronghold, with Mr Kejriwal leading from the front.

"In the second phase, voting is being held on 93 seats in Gujarat today. My appeal to all the voters - This election is for Gujarat's new hopes and aspirations. It is a great opportunity that has come after decades. Looking at the future, vote for the progress of Gujarat. This time, do something different and wonderful," Mr Kejriwal tweeted.

About 833 candidates are contesting in the second phase of the state polls that covers key seats across central and north Gujarat.

The AAP is contesting all the 93 seats this time. The Congress, which had put up a good show last time but failed to wrest power from the BJP, is contesting on 90 seats; its ally Nationalist Congress Party (NCP) has fielded candidates in two seats.

Dalit leader Jignesh Mevani is contesting as the Congress candidate from Vadgam seat in Banaskantha district, and Leader of Opposition in the Gujarat assembly Sukhram Rathva is the Congress nominee from Jetpur in Chhota Udepur district.