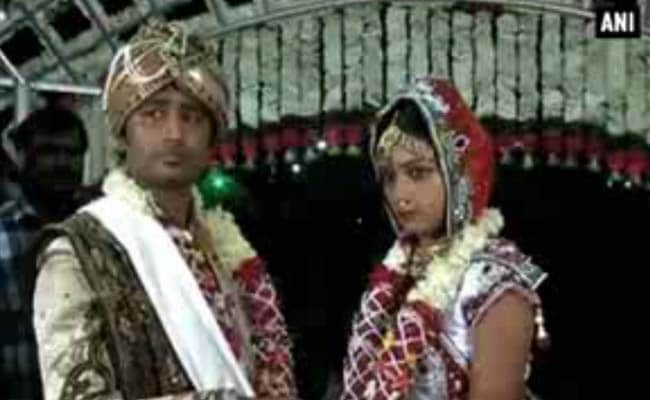 Businessman Mahesh Savani gave each of the women gifts worth lakhs, saying giving a bride away was "sacred"

Ahmedabad: A diamond trader in Gujarat has thrown a mass wedding ceremony for 111 fatherless women and given each one gifts worth lakhs of rupees, saying giving a bride away was "sacred".

Mahesh Savani said the women, whose families were all too poor to finance their weddings, saw him as their foster father.

The 44-year-old said he had given each one gifts of gold and other items worth Rs. 4.5 lakh to start their married lives, as well as paying for the wedding.

"Material gifts are not important, but I have given my name to them and will fulfil all my responsibilities as a father of the bride for the rest of my life," he told news agency AFP before the ceremony was held at a school in Surat on Sunday.

Mr Savani, who has now organised the weddings of 251 women, said he began his charitable campaign in 2008 when one of his own staff members died.

"I was very shocked when one of my employees died just 12 days before he could marry off his two daughters. It was very difficult for the family to arrange for marriage," he said.

"So I decided that I would become their foster father and marry them off. This is how it began," Savani said.

It is not known how much the giant ceremony wedding cost.

At Diwali, a diamond merchant in Gujarat, Savjibhai Dholakiya, made international headlines for his generosity- he gifted cars, homes and jewelery  to over  1,000  of his employees  as a bonus for their hard work and loyalty.
Comments
GujaratDiamond tradermass weddingMahesh SavaniGujarat diamond trader