Investigation was on to ascertain the reason behind the alleged suicide by the sub inspector, who was part of security for a state-level event organised at Kevadiya, police said. 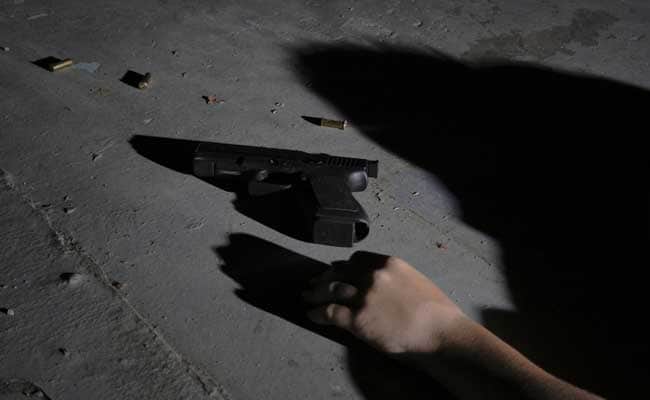 The sub inspector died on the spot, his body has been sent for post-mortem (Representational)

A sub-inspector, deputed as part of security for Prime Minister Narendra Modi's visit to Kevadiya, on Tuesday allegedly shot himself to death with the service revolver of a colleague, an official said.

The sub-inspector, NC Finaviya, 29, attached to Navsari district's Local Crime Branch, took the extreme step while on duty outside the Kevadiya Circuit House at around 10:30 am, said RD Oza, deputy superintendent of police, Navsari.

Mr Oza lodged a complaint at the Kevadiya police station in Narmada district in connection with the incident, which took place when PM Modi was visiting tourist facilities built in the vicinity of Statue of Unity during his tour of Kevadiya.

Investigation was on to ascertain the reason behind the alleged suicide by the sub inspector, who was part of security for a state-level event organised at Kevadiya, Mr Oza said.

"Finaviya took the service revolver of his friend M B Konkani on the pretext of taking his picture with the weapon. But the moment Konkani handed over the revolver, Finaviya put it on his forehead and shot himself," Mr Oza said.

The sub inspector died on the spot, he said, adding his body has been sent for post-mortem.

PM Modi was in Kevadiya to take part in the "Namami Devi Narmade Mahotsav," organised by the state government on the occasion of water level in the Sardar Sarovar dam reservoir touching its highest mark.