Imran Khedawala said he is unhappy with the way tickets were given to Congress candidates in the Behrampura ward of Ahmedabad Municipal Corporation that falls under his Assembly constituency Jamalpur-Khadia. 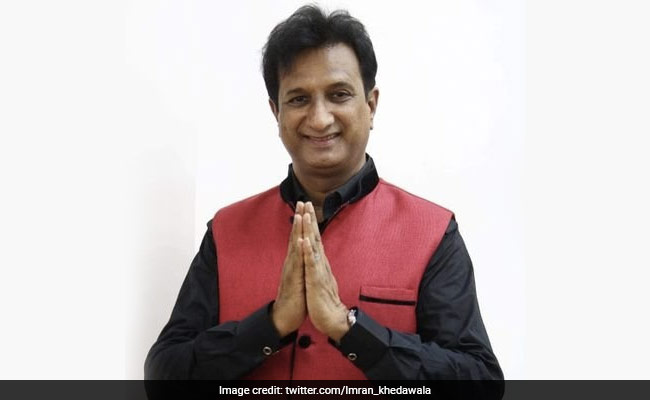 To make my point, I submitted my resignation: Imran Khedawala

Gujarat Congress MLA Imran Khedawala on Monday tendered his resignation to state party president Amit Chavda to express displeasure over ticket allocation in award under his Assembly segment in Ahmedabad for the upcoming municipal corporation elections.

State Congress spokesperson Manish Doshi said Mr Khedawala submitted his resignation from the party to Chavda but it was not accepted.

Talking to reporters, Mr Khedawala said he is unhappy with the way tickets were given to Congress candidates in the Behrampura ward of Ahmedabad Municipal Corporation (AMC) that falls under his Assembly constituency Jamalpur-Khadia.

A civic ward has four seats and a party can field those many candidates.

"In addition to tickets given to four candidates from the Behrampura ward under myconstituency, the party gave mandate to two more candidates separately."

"I told the (GPCC) president (Chavda) that this is not done as this shows lack of discipline in the party. The party should not doinjustice to dedicated workers in my Assembly constituency," the opposition legislator told reporters.

"To make my point, I submitted my resignation," he said.

"Imran Khedawala met state president Amit Chavda and the leader of the opposition in the Assembly Paresh Dhanani, and expressed his displeasure over allocation of mandate to candidates in the Behrampura ward under his constituency.

"He submitted his resignation to the state party president, but it has not been accepted," Mr Doshi said.

Mr Dhanani said the party will look into the issues raised by the MLA. "We heard his viewpoints and took them into consideration. If we find that injustice has been done to party workers, then in coming days, the party will ensure these workers are given special responsibility with full respect.

"With this, the party has turned down his resignation," said Mr Dhanani.

The party's seniorleadership had earlier in the day called Mr Khedawala for a meeting.

Mr Khedawala said he wanted to know if someone from within the party played some kind of mischief in allocation of tickets to candidates.

The last date for submission of nomination forms by candidates was Saturday (February 6).