The Congress delegation demanded that the state government begin negotiations with Patel and accept his demands concerning farm loan waiver. 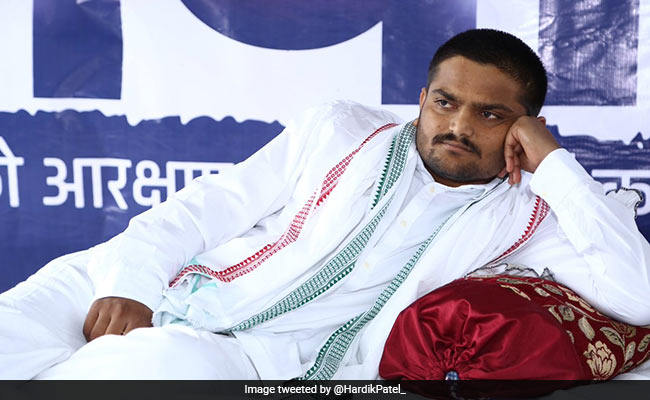 Hardik Patel's fast started on August 25 at his farmhouse near Ahmedabad,

The Gujarat Congress Thursday announced that it would observe a 24-hour fast on Friday in support of Patidar leader Hardik Patel if the state government did not begin talks with him.

Mr Patel's fast, which started on August 25 at his farmhouse near Ahmedabad, entered its 13th day Thursday as a visibly weak Patel was seen being moved around in a wheel-chair.

Doctors from Sola Civil hospital, after an examination, advised him to immediately get admitted for medical treatment.

The Congress delegation demanded that the state government begin negotiations with Patel and accept his demands concerning farm loan waiver.

"If the state government does not give a positive response to our demand, the Congress will sit on a 24-hour fast at each district headquarters of the state from 11 tomorrow in support of Hardik," Dhanani told reporters in Gandhinagar after meeting Rupani.

"The state government should immediately start talks with Hardik and sort out issues raised by him," the Congress leader said.

The Congress' memorandum, submitted to Rupani, however, did not make any mention of the quota demand for the Patidar community.

Mr Patel is on an indefinite fast demanding reservations in jobs and education for the Patidar community as well as waiver of farmers' loans.

Mr Patel's Patidar Anamat Andolan Samiti (PAAS) had, Wednesday night, threatened that he would stop water intake in case the state government did not begin negotiations in 24 hours.

While the BJP government in Gujarat has asked Patel several times to call off his fast, it has not cleared its stand on talking to Patel on the latter's demands.