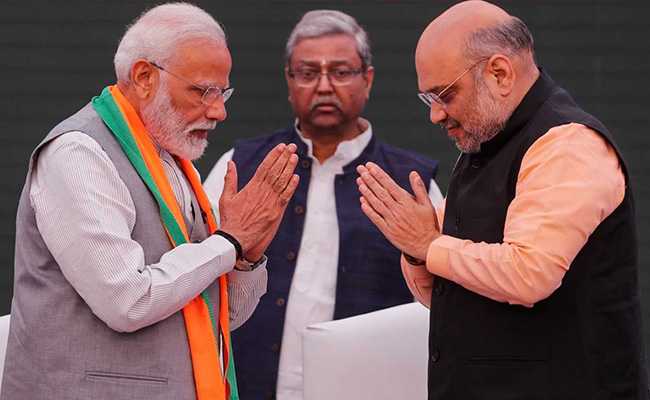 Exit polls predicted BJP will win almost as many seats as it did in 2014 and form government comfortably.

Gujarat Chief Minister Vijay Rupani on Sunday expressed confidence that the exit poll predictions on the Lok Sabha elections would be reflected in the actual results when they are announced on May 23, even as the opposition Congress insisted it would prefer to wait for the real thing.

"The exit polls are no surprise for us, and this demonstrates the people of Gujarat as also the entire country wants the government to be in the safe hands of a strong leader and there is no alternative than Narendra Modi," Mr Rupani said.

Senior Congress leader and Saurashtra legislator Virji Thummar, however, said, "The exit polls are way far from the ground reality and the actual results would surprise everyone."

"We are getting at least 11 seats, if not more, in Gujarat. All the factors like demonetisation, unemployment, severe farmer distress, et al which brought us very close to power in the 2017 assembly elections, were at play and you will see it on the 23rd," he added.