GSAT-15 Set for Launch on November 11 by European Rocket 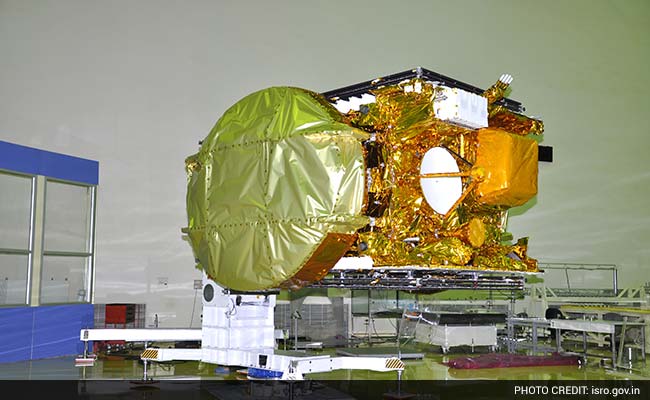 GSAT-15 will be the 19th payload launched by Arianespace for ISRO.

Bengaluru: India's latest Communication Satellite GSAT-15 is scheduled for launch on board Arianespace rocket from the space port of Kourou in French Guiana, on the monring of November 11.

The launch of GSAT-15 with its co-passenger Arabsat-6B for Arabsat, Saudi Arabia, is planned at 0304 Hrs IST, by Ariane-5 VA-227 launch vehicle.

Weighing 3,164 kg at lift-off, GSAT-15 is a high power satellite being inducted into the INSAT/GSAT system. It carries a total of 24 communication transponders in Ku-band as well as a GPS-Aided GEO Augmented Navigation (GAGAN) payload operating in L1 and L5 bands, ISRO said.

GSAT-15 is the third satellite to carry GAGAN payload after GSAT-8 and GSAT-10, which are already providing navigation services from orbit. It also carries a Ku-band beacon as well to help in accurately pointing ground antennas towards the satellite, it added.

GSAT-15 will be the 19th payload launched by Arianespace for ISRO.

Planned during a 43-minute launch window that opens at 6:34 pm (local time in French Guiana), the Ariane 5 mission will have a total payload lift performance of 9,810 kg, Arianespace said.

This includes the two satellites' mass at liftoff - 5,798 kg for Arabsat-6B and 3,164 kg for GSAT-15 - along with launcher integration hardware and Ariane 5's dual-passenger deployment system, it added.

Arabsat-6B, to be renamed BADR-7 once in orbit, will be the ninth satellite orbited by Arianespace for use by the operator Arabsat, based in Riyadh, Saudi Arabia.

It is the initial sixth-generation satellite for Arabsat's fleet, providing broadcast, broadband and telecommunications services over the Middle East, Africa and Central Asia.