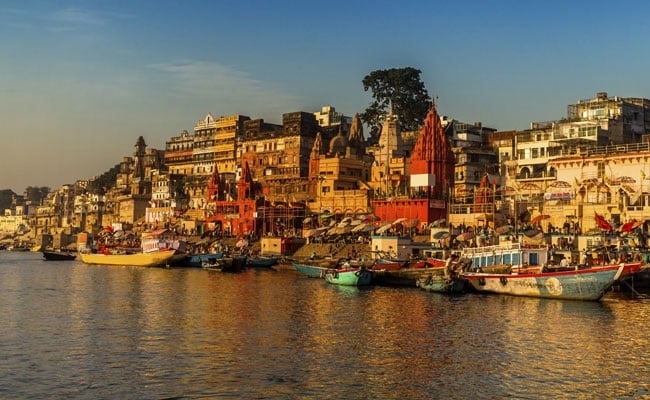 The Ganga river at Varanasi

New Delhi: The National Green Tribunal has directed the Uttar Pradesh government and its state pollution control board to apprise the public about pending proceedings as it may order shifting of polluting industrial units located on the banks of Ganga.

The green panel also asked Ministry of Environment and Forests and Ministry of Water Resources to take a clear stand on all aspects of industrial and domestic sewage entering directly or indirectly into the river.

"We direct UP government, UPPCB and the counsel for some of the industries that notice should be given by public advertisement and other ways informing them of the next date of hearing, as well as stating that the matter in relation to all aspects including the industrial clusters, which are the most serious source of pollution of Ganga, also could be directed to be shifted," a bench headed by Justice Swatanter Kumar said.

It also directed Chief Secretary of Uttar Pradesh, officers from the Jal Nigam and all other departments concerned to be present in a chamber meeting on February 4 at 3:00 pm for final deliberations prior to passing of the judgment on the stretch from Haridwar to Kanpur.

On December 11, last year, the tribunal had imposed a complete ban on use of plastic of any kind from Gomukh to Haridwar along Ganga with effect from February 1 while slapping a penalty of Rs 5,000 per day on erring hotels, dharamshalas and ashrams spewing waste into the river.
Comments
Ganga CleaningClean GangaNational Green TribunalNGTUP state pollution control boardMinistry of Environment and ForestsMinistry of Water ResourcesGanga River