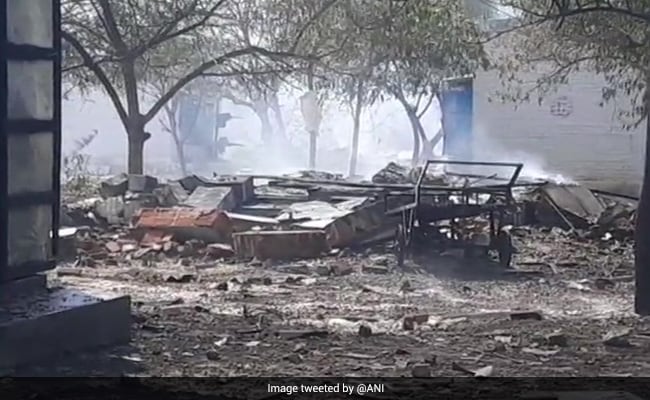 The National Green Tribunal has formed a committee headed by a former high court judge and directed it to submit a report in relation to a firecracker factory blast in Tamil Nadu's Virudhunagar district in which 19 workers were killed.

The explosion occurred on February 12 when some chemicals were being mixed to produce fireworks at the unit in Acchankulam village.

"The District magistrate, Virudhunagar and Regional Office, State PCB may provide logistic support to the Committee to enable their fact finding and reporting. State PCB will bear the initial cost of functioning of the Committee, including the honorarium to the non-official members to be determined in consultation with them.

"The Committee will be at liberty to take assistance of such experts, individuals and institutions as may be considered necessary. The State PCB and the CPCB will jointly act as nodal agency for coordination and compliance," the bench said.

The Committee (or such members as the Chairman may decide depending on availability) may visit the site preferably within one week and give its report within one month by e-mail, the NGT said.

The tribunal said that except for visit to the site at least once, the Committee will be free to conduct its proceedings online. It will be free to take the assistance from any other expert/organization.

"The Committee may suitably interact with the stakeholders and, apart from considering the present incident, also consider remedial measures for preventing such incident in the area or by other establishments even beyond the said area," it said while posting the matter for hearing on April 30.

PM Modi and Mr Palaniswami announced an amount of Rs two lakh each and three lakh each to families of those killed from the Prime Minister's National Relief Fund and the Chief Minister's Public Relief Fund respectively.

The factory building was damaged badly under the impact of the explosion and many suffered burns.

India, China Agree To Maintain Stability On Ground At 11th Round Of Talks