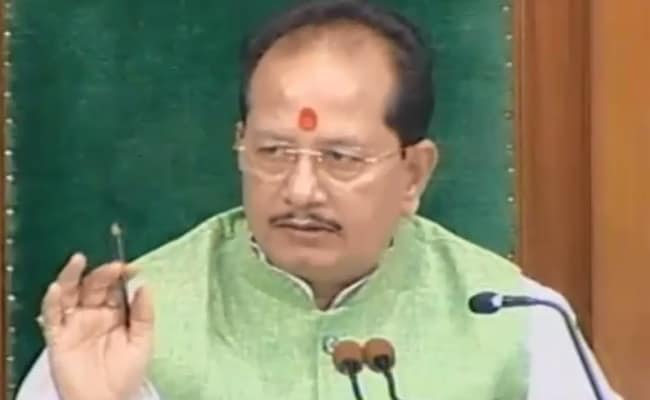 A notice signed by several legislators of the Grand Alliance was submitted to the assembly secretariat on Wednesday, a senior JD(U) leader said.

The move came hours after Nitish Kumar took oath as the chief minister for a record eighth time.

"The motion against Sinha will be taken up by the House when it meets to enable Nitish Kumar to move a trust vote," senior JD(U) leader Vijay Kumar Chaudhary said.

A special session of the assembly is expected to be convened either on August 24 or 25.

"As per rules, a Speaker can be removed from office by a resolution of the assembly passed by a majority," said Choudhary.

While constituents of the 'Mahagathbandhan' have a total of 164 members in the assembly, the BJP has 77 MLAs.

"The Speaker's motive was suspicious. He refused to go by convention to resign from the post (after the change in government)," another JD(U) leader said.

Nitish Kumar took oath as Bihar chief minister in a no-frills ceremony at Raj Bhavan, a day after snapping ties with the BJP-led NDA and joining hands with the RJD to form a 'Mahagathbandhan' government.