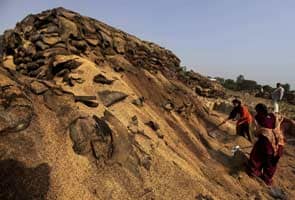 New Delhi: The government today said that it will sell 6.5 million tonnes of wheat to bulk consumers like flour millers and biscuit makers in a bid to check rising prices of wheat products and to offload surplus stocks.

It has also approved allocation of additional 5 lakh tonnes each of wheat and rice to NAFED, NCCF and Kendriya Bhandar for sale to retail consumers.

Both the decisions were approved by the Cabinet Committee on Economic Affairs (CCEA).

"This will be through State/UT governments and national cooperatives like NAFED, NCCF and Kendriya Bhandar under Open Market Sale Scheme Domestic (OMSS(D))," it said.

The retail prices of wheat flour in domestic wholesale market are hovering at Rs 21 per kg, while the minimum support price (MSP) of wheat is Rs 12.85 per kg.

The government has, since June 2012, released about 3 million tonnes of wheat to bulk consumers.

The stocks of wheat in the central pool stood at 40.58 million tonnes at the end of October 2012.