No Plan To Deploy Elite Commandos In Jammu And Kashmir, Says Governor

Satya Pal Malik was replying to a question whether there was any move to deploy the NSG and that such a proposal was under consideration of the Union Home Ministry. 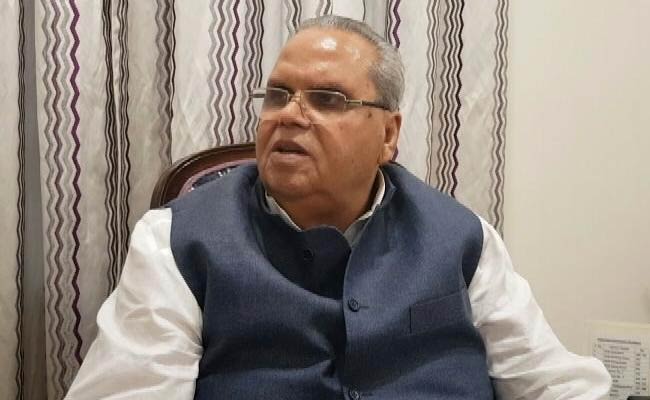 The governor said the police, Army and the CRPF were doing an exemplary work (File)

Jammu and Kashmir Governor Satya Pal Malik said there is no plan to deploy 'Black Cat' commandos of the elite National Security Guard (NSG) in counter-terrorism operations in the state, saying that the elite force could be used only in the "gravest of grave" situations.

"This is absolutely wrong. The NSG chief had met me recently. God willing, I am sure that we may not have any such situation where we require a specialised force, but may be in the gravest of grave situation, we may request them and that too after consulting the centre," Mr Malik said in an interview.

He was replying to a question whether there was any move to deploy the NSG and that such a proposal was under consideration of the Union Home Ministry.

When asked that some of the NSG commandos were deployed in Jammu and Kashmir for training and other purposes, he said, "They have come for training and impart training as well to police personnel, but so far there is no involvement in anti-militancy operations."

The governor went on to say that the police, Army and the CRPF were doing an exemplary work and come out of every situation in flying colours.

"I must tell you something about the Jammu and Kashmir Police. The Army is doing a fine job in containing infiltration at the border, but the police is working very hard. They are fighting very valiantly. This situation would not have been possible without them.

"See the recent Urban Local Body elections. Not even a bird was harmed. I have been complimented by the central leadership, but the credit definitely goes to the state police," Mr Malik, who took over in August 23 this year, said.

The centre had earlier thought about deploying the NSG for their special skills of carrying out house intervention and hostage rescue can act as "clincher" during a terror siege.

Home Minister Rajnath Singh, during a recent NSG event in Telangana, had said the government is planning as to how the role of forces could be "enlarged" vis-a-vis the new security challenges faced by the country, as these commandos can play a "big role" in operations such as those where terrorists take a human as shield and enter civilian premises.

The centre had thought of deploying the NSG commandos in Kashmir due to increasing incidents of encounters where security forces have lost many soldiers during high-risk house intervention operations in densely-populated localities.

The 'Black Cat' commandos were deployed to tackle the terrorists who carried out the 26/11 Mumbai terror attack, January 2016 attack at the Pathankot air base as well as eliminating the terrorists who attacked the Akshardham temple in Gujarat.