Union Minority Affairs Minister Mukhtar Abbas Naqvi said that the government will also proffer marriage assistance to the tune of Rs 51,000 (per head) to families of girl students who complete their graduation availing the Centre's Begum Hazrat Mahal scholarship. 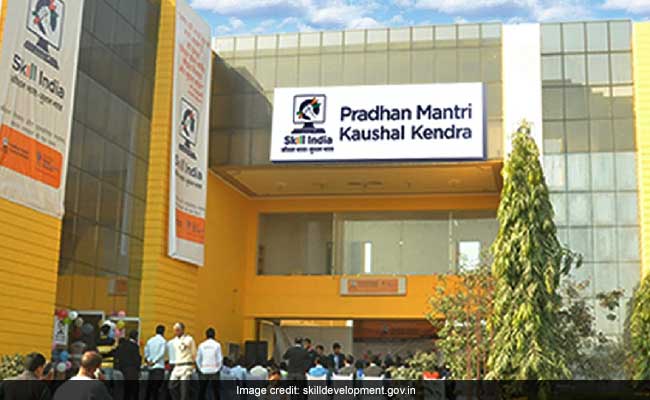 New Delhi: The government will set up 'Garib Nawaz' skill development centres in 100 districts of the country to offer employment-oriented training to the youth from minority communities.

Union Minority Affairs Minister Mukhtar Abbas Naqvi said that the government will also proffer marriage assistance to the tune of Rs 51,000 (per head) to families of girl students who complete their graduation availing the Centre's Begum Hazrat Mahal scholarship.

The decisions were taken during a meeting of the governing body of the Maulana Azad Education Foundation (MAEF), a non-political and non-profit social services organisation funded by the ministry.

"We have decided to start Garib Nawaz skill development centres in 100 districts in the next six months. To begin with, we will launch the centres in Hyderabad, Noida and some other places," Mr Naqvi told reporters after the meeting.

The other cities where the centres will be set up include Lucknow, Rampur, Allahabad and Shahjahanpur in Uttar Pradesh, Mumbai and Nagpur in Maharashtra, Bhopal and Indore in Madhya Pradesh, Mewat and Panipat in Haryana, Patna and Kishanganj in Bihar, and Ranchi and Giridih in Jharkhand.

On the marriage assistance to students availing the scholarship scheme, Mr Naqvi said the decision was taken in the wake of requests the ministry received in this connection. "We will offer the assistance either through the MAEF or some other scholarship scheme being implemented by the ministry. The decision will help lessen financial stress on the students' families and encourage them to ensure the girls complete their graduation," he added.

The minister also felicitated seven candidates who cleared civil services examination with financial support from the ministry under its 'Nai Udaan' scheme for receiving coaching for the competitive tests.

The government is now mulling increasing the financial assistance for the candidates, Mr Naqvi said. The ministry informed 3,198 candidates have been provided financial assistance under the scheme until now. "It is good to see that the number of candidates clearing UPSC from the communities has gone up. 50 of them are Muslims. It is a positive atmosphere. We have prioritised empowerment of minorities through education," the minister said.

Meanwhile, a high-level 11-member committee floated by the ministry to chalk out a detailed roadmap for educational empowerment of the minorities submitted its report to Mr Naqvi during the meeting.

He said the ministry is in the process to establish five world class educational institutions to provide traditional and modern education to students belonging to the communities in technical, medical, Ayurveda, Unani and other fields.

Mr Naqvi said the ministry is planning to commission these institutes in next two years.