Government On Why Arvind Kejriwal Was Denied Permission To Visit Denmark

Arvind Kejriwal was to travel to Denmark in an eight-member delegation for a climate summit in Copenhagen. 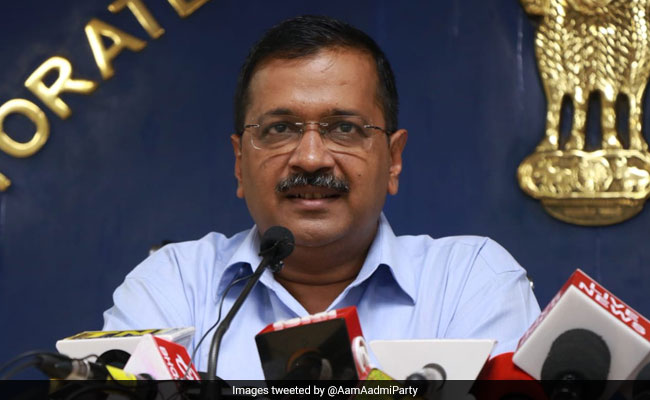 Delhi Chief Minister Arvind Kejriwal was denied permission to attend an event in Denmark because it was for "mayor-level" participants, Union Minister Prakash Javadekar said today.

Arvind Kejriwal was to travel to Denmark in an eight-member delegation for a climate summit in Copenhagen. The foreign ministry did not clear Mr Kejriwal's travel but granted permission to West Bengal minister Firhad Hakim.

"This is a mayor-level conference and a Bengal minister is going to participate in it," Mr Javadekar said at a press meet on cabinet announcements. He added that there is a separate protocol when political functionaries like chief ministers are invited.

A foreign ministry spokesperson added that the participation of Delhi Chief Minister as a Speaker at a panel discussion was not corresponding with the level of participation from other countries.

"A considered decision on political clearance by the Ministry of External Affairs is based on multiple inputs and takes into account the nature of the event, the level of participation by other countries, type of invitation extended, etc... The Chief Minister of one of the largest and populous cities in the world, which also is the capital of India, was therefore advised not to attend the event," the spokesperson said.

The Delhi government had said in an official statement last month that Mr Kejriwal would address the C-40 climate change event and speak on his government's efforts to lower the levels of pollution in the national capital.

Mr Kejriwal was scheduled to leave for Denmark on Tuesday. The C-40 summit starts today. His Aam Aadmi Party (AAP) hit out at the central government, accusing it of showing hostility towards an elected government.

"This is unfortunate and beyond my understanding. Why is Modi Ji's government working with such hostility towards us?" Rajya Sabha MP Sanjay Singh told news agency ANI.

"It was not Arvind Kejriwal's personal visit, he was not going for some fun but to explain to Asia's 100 city mayors, how the pollution of Delhi was reduced by 25 per cent. He was going to explain the benefit of the "odd-even" scheme," said the AAP leader, asserting that it was "not good for democracy or for a federal structure."

He said Mr Kejriwal had to cancel his scheduled talks with four mayors.

Facial Recognition For Entry To Indian Airports. Here's How It Works