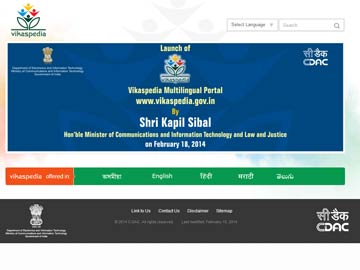 "Vikaspedia is part of democratisation of information. Earlier, for some information people had to pay but now most of it will be made available for which they don't have to pay," J Satyanarayana, Secretary, Department of Electronics and Information Technology (DEITY), said while launching the portal.

The Vikaspedia portal at present has initial information on health, agriculture, education, social welfare, energy and e-governance. More information will be added eventually.

"The portal at present can be accessed in five Indian languages. There is plan to make it accessible in all 22 Indian languages as we move forward," DEITY Joint Secretary Rajendra Kumar said.

"The open data app challenge was started in August and completed in October which is remarkable for any of government," NASSCOM President R Chandrashekhar said.

Most of mobile application that won prizes were related to agriculture providing latest information in nearby markets.

Promoted
Listen to the latest songs, only on JioSaavn.com
A mobile application providing information on mining and another on tourism also won cash prize of Rs 1 lakh each.