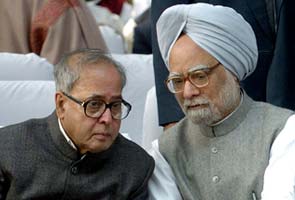 New Delhi: The government introduced the National Food Security Bill in Lok Sabha today, which aims to provide subsidised food grain to over 62 per cent of the country's population. The bill had been cleared by the Union Cabinet without any discussion on Monday.

The objective of the proposed law is "to provide for food and nutritional security...by ensuring access to adequate quantity of quality food at affordable prices, for people to live a life with dignity," Food Minister KV Thomas had said.

"We will be fulfilling our commitment to the people made in the manifesto in 2009 general elections and reiterated by President Pratibha Patil while addressing the joint session of Parliament in June 2009," he added.

The bill, which bears the stamp of Sonia Gandhi-led National Advisory Council, seeks to cover upto 75 per cent of the rural population and 50 per cent of urban households. It seeks to grant the right to 7 kilograms food grains per month per person, at Rs. 3 per kg for rice, Rs. 2 per kg for wheat and Rs. 1 per kg for coarse grains to the priority beneficiaries.

General households would get at least three kilograms of food grains per person at 50 per cent of the minimum support price.

The Food Security Bill also promises hot, mid-day meals for children up to 14 years of age and Rs 6,000 for all pregnant and lactating women - all this will now be a legal entitlement.  The bill provides for cash reimbursement if the government fails to provide subsidised foodgrains because of natural calamities such as drought and floods.

There are, however, some unanswered questions - like the source of the nearly Rs 1 lakh crore required to implement the bill. Last week, the decision on the Bill was deferred due to paucity of time and because of concerns raised by Agriculture Minister Sharad Pawar over huge financial implications. Once the law is implemented, the food subsidy bill is expected to rise by Rs 27,663 crore to nearly Rs 95,000 crore, while foodgrains requirement would go up to 61 million tonnes from 55 million tonnes, as per the Cabinet proposal.

The proposed law has been under consideration of an empowered group of ministers, headed by Finance Minister Pranab Mukherjee, since September 2009.  Sonia Gandhi led National Advisory Council (NAC) and an expert committee headed by Prime Minister's Economic Advisory Council (PMEAC) Chairman C Rangarajan had also submitted their recommendations on the bill.

The NAC had recommended legal entitlement to subsidised foodgrains to both priority and general households, covering at least 75 per cent population. However, the PMEAC had opined that this was not feasible.

Instead, they suggested that assured delivery of grains should be restricted to the really needy households and the coverage of the rest should be through an executive order. The draft was placed on the food ministry's website for public comment in September. Based on the comments and suggestions from all the stakeholders including the States, the draft bill was revised and then placed before Cabinet.

This is a major initiative by the UPA government after Mahatma Gandhi National Rural Employment Guarantee Act (MGNREGA).

The Congress Party had promised food law in its manifesto for 2009 election and President had announced this in her address to the joint session of Parliament in June 2009.

Promoted
Listen to the latest songs, only on JioSaavn.com
Some activists have slammed the bill saying it was 'divisive' and demanding the universal implementation of the public distribution system.