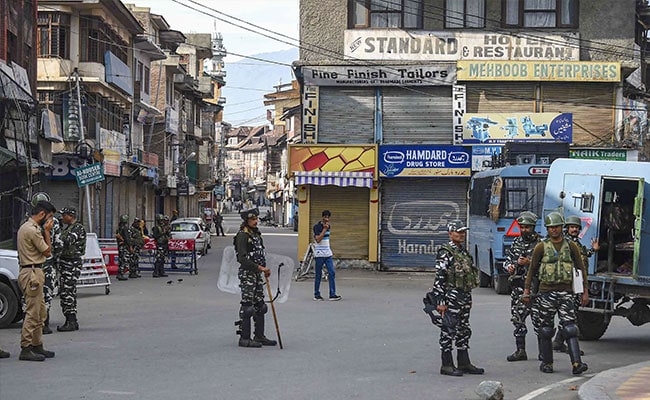 India has hit back at China after it called the separation of Jammu and Kashmir and Ladakh into two separate Union Territories "unlawful and void". In a strongly-worded statement the Ministry of External Affairs also called out China for its illegal occupation of parts of Jammu and Kashmir, stating: "We do not expect other countries, including China, to comment on matters that are internal to India, just as India refrains from commenting on the internal issues of other countries."

At midnight on Wednesday, nearly three months after the centre scrapped special status for Jammu and Kashmir under Article 370 of the Constitution, it replaced the former state with two Union Territories - Jammu and Kashmir, and Ladakh.

China today objected to India's move, stating the decision to include certain areas "challenged" its sovereignty.

"The Indian government officially announced the establishment of so-called Jammu and Kashmir and Ladakh Union Territories which included some of China's territory into its administrative jurisdiction," Geng Shuang, a spokesman for the Chinese Foreign Ministry, told reporters in Beijing, according to news agency PTI.

"China deplores and firmly opposes this. This is unlawful and void and this is not effective in any way and will not change the fact that the area is under Chinese actual control," he stressed, urging India to "earnestly respect Chinese territorial sovereignty" and "uphold peace and tranquillity in the border areas".

India has delivered a sharp response, reminding China that it expected other countries to "respect India's sovereignty and territorial integrity".

Foreign Minister S Jaishankar visited China in August, shortly after the centre announced its decision on Article 370. Mr Jaishankar told his counterpart, Wang Yi, that revocation of special status was an internal matter and did not affect either external boundaries of India or the Line of Actual Control (LAC).

"There was no implication for either the external boundaries of India or the Line of Actual Control (LAC) with China. India is not raising any additional territorial claims. The issue related to changes is a temporary provision of the Constitution of India and was the sole prerogative of the country," the Foreign Minister told China.

China occupies large tracts of land in the newly-formed Union Territories of Jammu and Kashmir and Ladakh. It also illegally acquired Indian territories from Pakistan-occupied-Kashmir (PoK) under the so-called China-Pakistan Boundary Agreement of 1963.

India's decision on Jammu and Kashmir also drew strong criticism from Pakistan, with Prime Minister Imran Khan raising the issue repeatedly - but unsuccessfully - at global forums like the United Nations, only to be told that the decision on Article 370 is India's internal matter.

In October, India slammed Pakistan for raising the Jammu and Kashmir issue at the UN, calling out its neighbour for employing "empty rhetoric" to serve a "distorted agenda".