Five women have been arrested in what has come to be known as the "honey trap case", and more than 1,000 video clips of high-ranking officials have been seized. 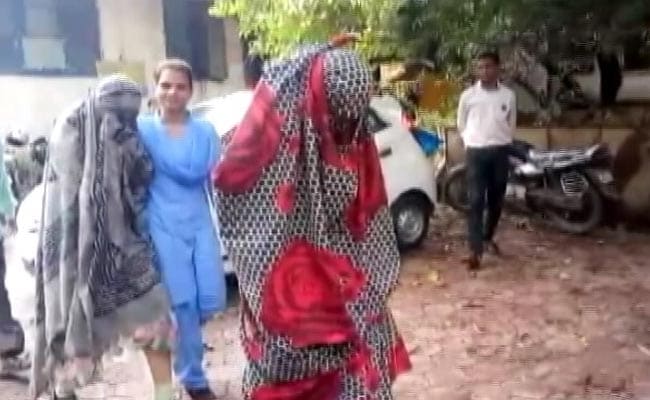 The accused's factory reportedly bagged a contract to supply materials to a nuclear power station.

A factory owned by one of the accused in the Madhya Pradesh sex scandal had allegedly received a contract from the Nuclear Power Corporation of India (NPCI) in 2018, an advocate arguing a related court case claimed today.

Advocate Manohar Dalal, the counsel of an Indore resident who filed a public interest litigation in the Madhya Pradesh High Court to seek the transfer of the case to the CBI, also released copies of the documents buttressing his claims to the media on Friday.

He claimed that the NPCI, a high-profile enterprise coming under the central government, had awarded a contract worth Rs 10 lakh to the accused's factory in Bhopal in April for supplying foam tapes and adhesive tape to the Narora Atomic Power Station in Uttar Pradesh.

"Since the owner of the Bhopal-based factory manufacturing electrical and thermal insulation products allegedly honey-trapped powerful individuals to get big work orders/contracts, the big question is whether she managed to get this contract for her company using similar links or not," said Mr Dalal.

It was already reported in the past that a factory owned by one of the accused in the sex scandal had received contracts from two major public sector enterprises.

Five women have been arrested in what has come to be known as the "honey trap case", and more than 1,000 video clips of high-ranking officials as well as political leaders belonging to both the Congress and BJP have been seized.

The police say the "honey-trap" was run by five women who used sex workers to target politicians and bureaucrats. The operation was mainly aimed at bagging lucrative government contracts running into several hundred crores from VIPs, the police said after questioning Shweta Jain, one of the arrested women.

The 39-year-old, who runs a local NGO and rents the house of BJP MLA Brijendra Pratap Singh, had allegedly masterminded the scandal. Each woman had her own gang of sex workers. Investigators have said it could turn out to be the biggest ever 'quid pro quo sex scandal' in the country.