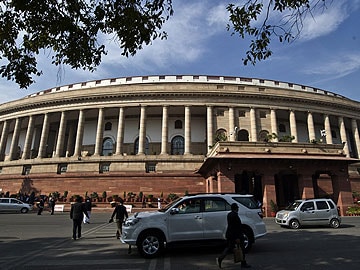 New Delhi: The government's plan to quickly push the Lokpal Bill in the Rajya Sabha today could run into trouble again, with the main opposition Bharatiya Janata Party warning it against diluting provisions of the proposed anti-corruption law.

Senior BJP leader Arun Jaitley on Wednesday accused the government of ignoring key recommendations of an all-party parliamentary committee while redrafting the Bill.

"We won't allow the government to subvert the select committee report," he said, setting the stage for another confrontation over the proposed law that creates a national ombudsman or Lokpal empowered to investigate charges of corruption against elected representatives and bureaucrats.

The BJP wants the recommendation that an investigating officer's transfer should be cleared by the Lokpal and an errant officer should be raided without notice included.

The government has promised to pass the Bill in both houses in the winter session which ends next Friday; it has been put on notice by Gandhian activist Anna Hazare, who is on an indefinite hunger-strike in his Ralegan Siddhi village in Maharashtra to demand that the bill be passed immediately.

"We will see whether the government brings the Lokpal or joke-pal," the 76-year-old activist said yesterday.

Promoted
Listen to the latest songs, only on JioSaavn.com
The Centre's alacrity is also seen as a response to the spectacular performance in the Delhi elections of the Aam Aadmi Party, whose founder Arvind Kejriwal partnered with Anna in 2011 to champion the Lokpal Bill.

It has earmarked six hours to discuss the bill in the Rajya Sabha today, but the first challenge is to get the House to run long enough to introduce the Bill. There has been virtually no business transacted in either house amid continuous disruptions in this 12-day session so far.