Amit Shah said the government is working to ensure that every paramilitary personnel gets to spend at least 100 days with their family. 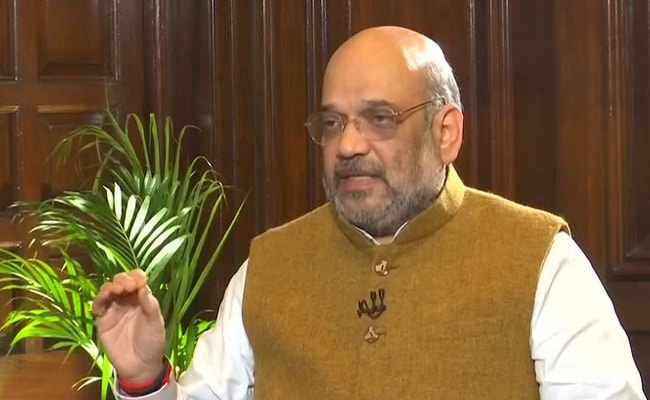 Amit Shah said that health card facility will be provided to families of paramilitary jawans.

Union Home Minister Amit Shah on Sunday said that the Modi government is determined to take care of the families of central security forces personnel while they guard the nation. Amit Shah was addressing CRPF personnel while laying the foundation stone for their new headquarters building.

Mr Shah said the government is working to ensure that every paramilitary personnel gets to spend at least 100 days with their family. He also said that health card facility will be provided to families of paramilitary jawans.

The over 3-lakh personnel force is categorised as the lead internal security force of the country along with being the mainstay for anti-Naxal operations.

The new Central Reserve Police Force headquarters will come up on a 2.23 acre land adjacent to the CBI head office at Lodhi Road at an estimated cost of Rs 277 crore. The CPWD has been entrusted with the task of completing the construction of the new building by 2022.

The current headquarters of the CRPF is located at Block No 1 in the Central Government Offices (CGO) complex on Lodhi Road but a number of its offices like that of the RAF, CoBRA, medical, training, communications, and works and recruitment are located at different locations in the national capital owing to lack of space in the head office building.

The plan of the new facility is to have ground plus 11 floors with an auditorium, conference hall, barracks for subordinate staff, central police canteen, gymnasium, guest room, kitchen and dining room and mechanical parking for 520 cars and 15 buses.

Skywalks would be created at the 6th and 7th floor connecting the office blocks with cafeteria. The building is proposed to have a water and sewage treatment plant, rain water harvesting system and an indigenous ventilation system.