Got Death, Rape Threats, Says Woman Who Went To Court Against Polygamy

Under Nikah Halala, a man cannot remarry his former wife unless she marries another man, consummates the marriage, gets a divorce and observes a period of separation period called "Iddat". 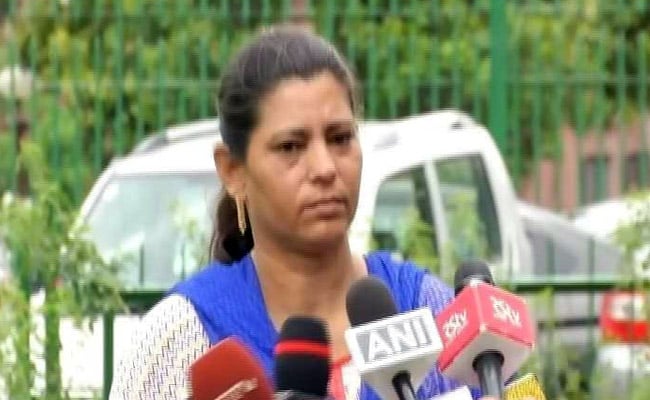 Sameena Begum is being threatened of rape and murder, her lawyer said.

A Muslim woman who has challenged Nikha Halala --  a complicated process needed to remarry one's divorced wife - and polygamy, has told the Supreme Court that she is receiving threats and sought urgent hearing of the case. The court, which has referred her petition to a five-judge constitution bench, asked the Centre to file its response.

"Sameena Begum is being threatened of rape and murder. This is a serious issue and we demand action against it," said the lawyer of the woman who has filed the petition.  Accusing the Delhi police of accepting bribes, Sameena Begum said, "I am getting threats from the day I posted on social media... They said kill her so that she can't go to the court."

"You file your reply and we will hear the case in due course," the top court told the Centre, which responded that it will file its response soon.

Nikah Halala is a practice intended to curb the incidence of divorce. Under it, a man cannot remarry his former wife unless she marries another man, consummates the marriage, gets a divorce and observes a period of separation period called "Iddat". Polygamy is the practice of having more than one wife at a time.

The need to stop Nikah Halala and polygamy has been repeatedly highlighted by women's groups, which contend that the practices are discriminatory and denigrating for women.

The two practices were flagged by the government last year when a constitution bench started looking into the legal validity of instant Triple Talaq. But the bench left the two issues for adjudication at a later date, citing shortage of time. The matters were taken up by the top court in March.

Last year, the Centre had thrown its weight behind Muslim women's appeal  against instant "Triple Talaq" - the Islamic practice that allows men to divorce their wives by stating "talaq" (divorce) thrice in one go.

In August, the top court, in its judgment, called instant Triple Talaq "bad in law" and said it was "not integral to religious practice and violates constitutional morality."

Later, the government drafted a new law against Triple Talaq, calling it unconstitutional, and derogatory and discriminatory for women.

A proposed law has the provision for a three-year-jail term for a Muslim man who practices triple talaq. It has been passed in Lok Sabha and is now pending in Rajya Sabha.