Google's Next Big Push In India - Quick Loans To Masses

At an annual Google event in New Delhi, Caesar Sengupta, the Vice-President of Google's Next Billion Users initiative and its Payments said the move would make banking services accessible to tens of millions of Indians 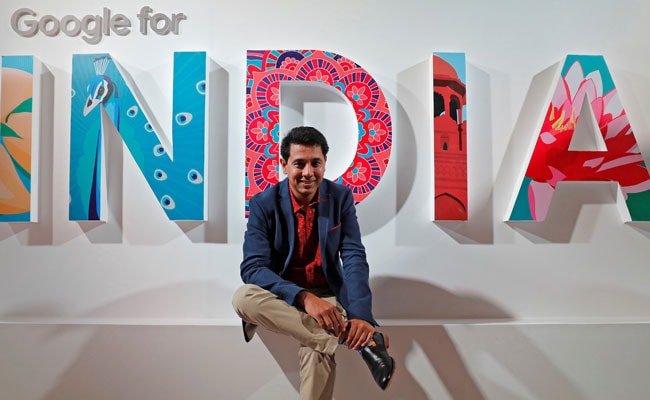 Alphabet Inc's Google said on Tuesday it is partnering with a handful of Indian banks to bring quick loans to the masses, as it aims to woo tens of millions of new internet users in the country to its digital payments services.

At an annual Google event in New Delhi, Caesar Sengupta, the Vice-President of Google's Next Billion Users initiative and its Payments said the move would make banking services accessible to tens of millions of Indians.

Google launched payments app Tez, meaning fast in Hindi, in India last year integrating it with the state-backed unified payments interface (UPI) as it sought to gain a foothold in the South Asian nation's digital payments space which, according to Credit Suisse, will grow five-fold to $1 trillion by 2023.

On Tuesday, Google rebranded the app as Google Pay and said it was partnering with four Indian banks, Federal Bank , HDFC Bank, ICICI Bank and Kotak Mahindra Bank - to provide instant loans to the app's users.

"We're talking to a lot of banks, we're completely open with who we work with in terms of banking partners," Mr Sengupta said in an interview on the sidelines of the event.

"Banks bring their financial capabilities, their understanding of the user, their customers. We bring our user experience, our ability to make complex processes extremely simple and very fast."

Google's ambitions could potentially pose a challenge for homegrown Paytm, backed by Japan's SoftBank and China's Alibaba and U.S. conglomerate Berkshire Hathaway. Paytm's founder Vijay Shekhar Sharma and its parent One97 Communications run a payments bank and the payments firm also plans to expand to selling financial products such as insurance and mutual funds in India - the world's fastest growing internet services market.

Mr Sengupta said Google was open to collaborating with other Indian payments firms.

"We are huge of fans interoperability ... when a product like Tez does well it creates more value in the network for everyone," he said.

Tez has over 22 million monthly active users, according to Google.

Mr Sengupta said Google also expects the KaiOS mobile operating system, in which the company has invested $22 million, to do well in Africa and parts of South East Asia.

KaiOS is a low-cost phone operating system which, among others, has been used by Indian billionaire Mukesh Ambani to sell his Jio telecom venture's low-cost internet enabled phones.

"Countries like India, which are mobile first have so many people coming online for the first time, just generate an incredible amount of opportunity for innovation," Mr Sengupta said.