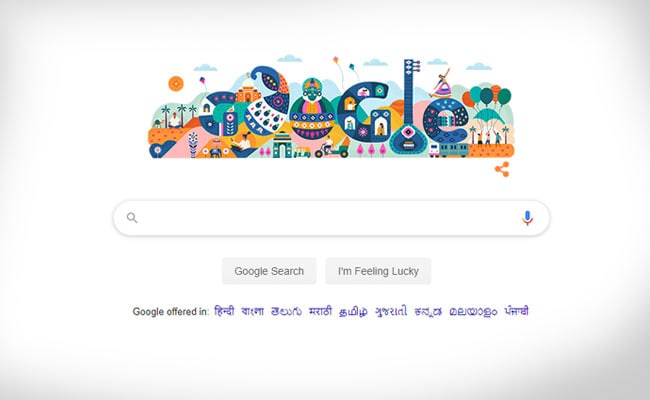 Google Doodle highlighted India's diverse culture and heritage with an illustration as the country celebrates its 71st Republic Day today. From world-famous landmarks like the Taj Mahal and India Gate, a wide array of fauna like the national bird to classical arts, textiles, and dances, the doodle merged India's rich cultural heritage in a colourful illustration by Singapore-based guest artist Meroo Seth.

Seven decades ago, on January 26, India's Constitution came into effect. Having resolved to attain 'Purna Swaraj' (complete freedom) from the British, people had been celebrating 'Purna Swaraj Day' on every January 26 from 1930 to 1947. In 1950, India embarked on its journey as a Republic, affirming to the principles laid down in the Constitution.

Brazil President Jair Bolsonaro will be the Chief Guest today as India celebrates its 71st Republic Day with a 90-minute display of government-sanctioned tableaus focusing on the nation's military might, cultural diversity and socio-economic progress.

The Republic Day parade ceremony will start with Prime Minister Narendra Modi visiting the National War Memorial, where he will pay tributes to soldiers who died fighting for the country.