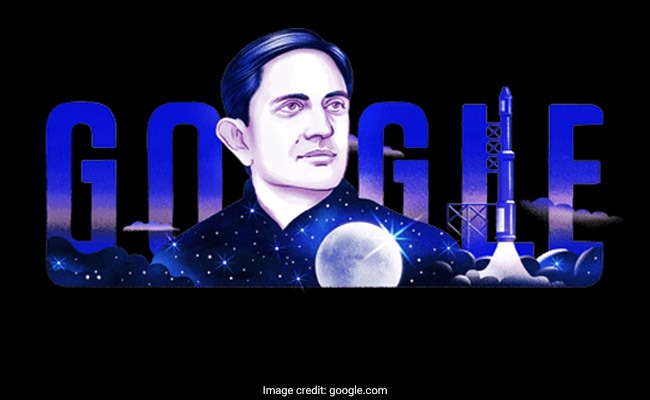 Earlier called the Indian National Committee for Space Research, ISRO was established in 1962 by him.

Born in Ahmedabad in 1919 on this day, Vikram Sarabhai attended Gujarat College before earning his doctorate from Cambridge University.

After returning to India, he founded the Physical Research Laboratory (PRL) in Ahmedabad on November 11, 1947 when he was 28-years-old.

Vikram Sarabhai successfully convinced the Indian government of the importance of a space programme after the Russian Sputnik launch. Dr Sarabhai had said, "There are some who question the relevance of space activities in a developing nation. To us, there is no ambiguity of purpose... We must be second to none in the application of advanced technologies to the real problems of man and society."

Dr Homi Bhabha, widely regarded as the father of India's nuclear science program, supported Vikram Sarabhai in setting up the first rocket launching station in India. The inaugural flight was launched on November 21, 1963 with a sodium vapour payload.

Vikram Sarabhai's dialogue with NASA in 1966 helped the launch of the Satellite Instructional Television Experiment (SITE) during July 1975 - July 1976 years after his death in 1971.

He also started a project for the fabrication and launch of an Indian Satellite. As a result, the first Indian satellite, Aryabhata, was put in orbit in 1975 from a Russian Cosmodrome.

He was also the Chairman of the Atomic Energy Commission. Vikram Sarabhai along with other Ahmedabad-based industrialists played a major role in the creation of the Indian Institute of Management, Ahmedabad.

A crater on the moon was named in his honour in 1973. ISRO also launched the Chandrayaan-2 this year and the Vikram lander is scheduled to touch down on the lunar surface on September 7.