Good Friday 2018: What Is Good Friday? Why And How Is It Observed?

Good Friday is a day for solemn day of mourning. People observe this day with fasting, prayer and repentance on the suffering of Jesus. 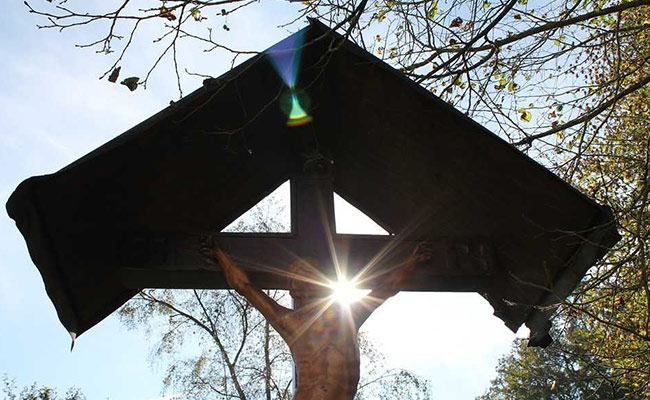 Good Friday: Church members try to understand the cost at which the Christ has won redemption for them.

New Delhi: Good Friday is commemorated to mark the crucifixion of Jesus Christ on the cross and his death at Calvary. Accounts of the Gospel state that the Christ was put to death after he was betrayed by Judas and sentenced to death. Christians believe Jesus was crucified on Good Friday and rose again three days later. The three days are known as the Easter Triduum. The word ''good'' in the Good Friday stands for pious or holy.

How is Good Friday Observed?

For most Christians, Good Friday is a day for solemn day of mourning.  They observe this day with fasting, prayer and repentance on the suffering of Jesus. Churches around the world hold processions and services to educate the common masses and draw their attention to the day of Jesus' death. Churches also have meditative services and remove all the decorations on the statues. The priests are dressed in black vestments.  Each member of the Church tries to understand the cost at which the Christ has won redemption for the people.

For years, most Christians have refused to eat meat on Good Friday, with especially Catholics -sticking to the ban every Friday throughout the year. Many nonbelievers still eat fish on a Friday as a national tradition. However, most people also eat fish instead of meat. Fish is eaten because it comes from the sea and is perceived to be a different kind of flesh. Fish shapes were also associated as a secret symbol for Christians to identify each other when their religion was banned, and many of Christ's closest followers were fishermen too. Good Friday meal preparations typically began a week in advance. The women in the family kneaded and braided dough for the bread.
Comments
Good Friday 2018Good Friday History