Officials confiscated gold from an individual who arrived here from Colombo. The passenger concealed the gold in paste form in his rectum. 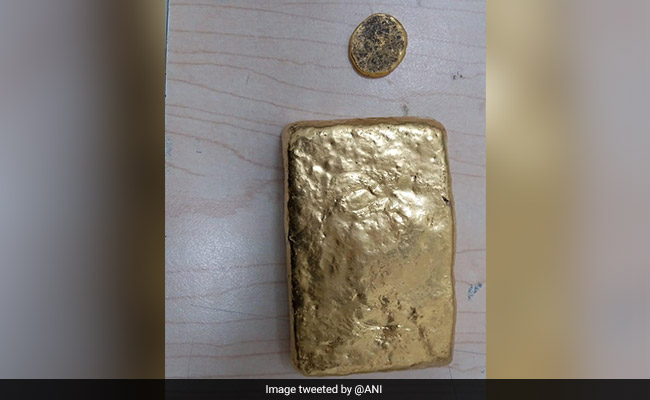 Over two kg of gold worth Rs 1.21 crore was seized from multiple incidents at the airport here and a passenger arrested in this connection, the Customs Department said on Tuesday.

On Monday, the department sleuths confiscated the yellow metal from an individual who arrived here from Colombo. The passenger concealed the gold in paste form in his rectum, a press release said.

On August 11, the authorities made the seizure from a checked-in baggage of a passenger on his arrival from Kuala Lumpur. Gold chain, refurbished phones were taken away from him, the release said.

On the same day, gold ingots were seized from a person who arrived here from Bahrain. He had the precious metal concealed in his pant pockets.

Passengers having gold valued over Rs 20 lakh without proper documents are arrested while others with less gold are warned and let off after their details are collected, according to sources in the Customs.

In all the incidents, 2.62 kg of gold worth Rs 1.21 crore and electronic goods valued at Rs 90,000 were seized under relevant sections of the Customs Act, the release said.

In another separate incident on Sunday, a Tanzanian woman national was held for allegedly trying to smuggle in banned narcotic methaqualone powder on her arrival from Nairobi.

She had the substance hidden in her footwear. Methaqualone is a central nervous depressant that acts as a sedative and hynotic.