Global Warming Has To Be Urgently Brought Under Control: Minister

Union Minister Bhupender Yadav on Sunday said biodiversity offers goods and services that are essential for a well-functioning global economy. 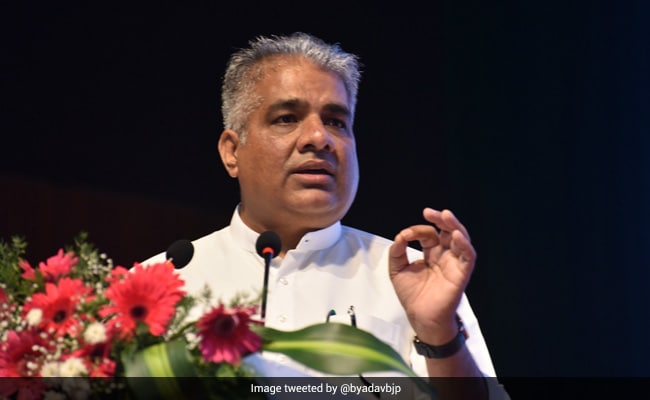 Bhupender Yadav appealed to the people to take a pledge to work towards conserving biodiversity.

Union Minister Bhupender Yadav on Sunday said biodiversity offers goods and services that provide a natural habitat and are essential for a well-functioning global economy.

Approximately 40 per cent of the world's economy is based on biological products and any effort at conserving biodiversity would be able to succeed only by tackling the challenges that rise due to global warming, the Minister for Environment, Forest and Climate Change said at an event in Chennai.

"Global warming has to be urgently brought under control," he said, after inaugurating an exhibition on the occasion of International Day for Biological Diversity in Chennai.

India has established a unique three-tier model of biodiversity resource governance at national, state and local body levels ensuring the entire country gets the representation in the governance system, he said.

The minister said the convergence of people, culture and rich tradition of Tamil Nadu has preserved its unique biodiversity in the region.

He appealed to the people to take a pledge to work towards conserving biodiversity and sensitising the youth on the issues of conservation.

Yadav said the National Biodiversity Authority and Tamil Nadu Biodiversity Board were working with the Irula Snake Catchers Industrial Cooperative Society to provide access to snake venom to iSERA Biological Private Ltd which has signed an "Access and Benefit Sharing (ABS)" agreement.

As per the tie-up, five per cent of the total purchase price of snake venom on an annual basis would be deposited into the account of the cooperative society for the benefit of the community, he said.

Such partnerships are needed to strengthen and incentivise conservation, he added.