Pranab Mukherjee had visited RSS headquarters in Nagpur on Thursday. 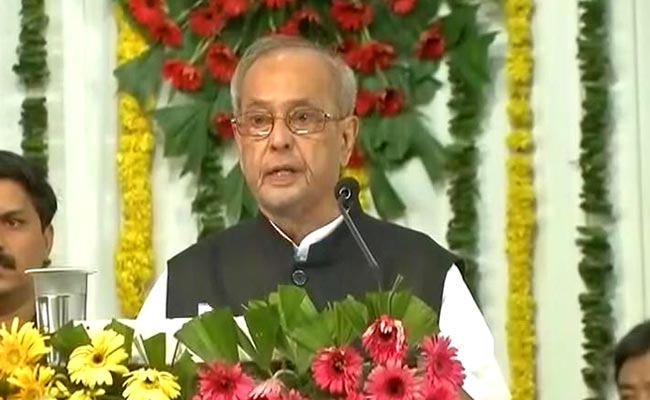 New Delhi: Former Union Minister P Chidambaram on Friday said he was glad that former President Pranab Mukherjee told the RSS what was wrong with its ideology.

"Happy that Mr Pranab Mukherjee told the RSS what is right about Congress' ideology. It was his way of saying what is wrong about RSS ideology," Mr Chidambaram tweeted on Pranab Mukherjee's visit to Nagpur on Thursday.

Speaking at the 'Tritya Varsh Varga' or the last leg of the three-year Rashtriya Swayamsevak Sangh (RSS) training programme at its headquarters in Nagpur, Pranab Mukherjee had said that the soul of India resided in its pluralism and secularism.

Promoted
Listen to the latest songs, only on JioSaavn.com
"This plurality of our society has come through assimilation of ideas over centuries. Secularism and inclusion are a matter of faith for us. It is our composite culture which makes us into one nation," he said.

His visit to RSS headquarters had however, drawn a lot of flak. His daughter, Sharmistha Mukherjee had also expressed her disapproval.