Give Every Dalit 5 Acre Land, 70% Are Landless, Says Jignesh Mevani

Jignesh Mevani said, "In the coming days, I, along with Krishna Madiga and other Dalit, progressive, like-minded groups, want to launch a broad alliance for the upliftment of Dalits." 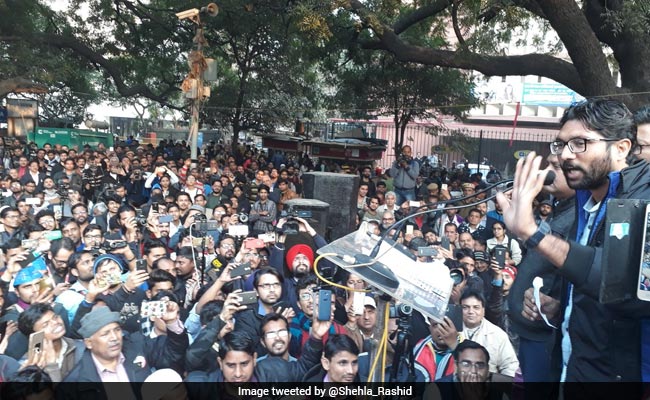 Hyderabad: Gujarat legislator and Dalit leader Jignesh Mevani today said he, along with other like-minded people, was planning to launch a nationwide alliance for the upliftment of Dalits.

Speaking to reporters after visiting Manda Krishna Madiga, a Dalit leader who is currently lodged in a Hyderabad prison, Mr Mevani said land being a major issue, every Dalit should be given five acres of land. 70 out of 100 Dalits are landless, he added.

Mr Madiga, founder of the Madiga Reservation Porata Samithi, was arrested recently during a protest for Scheduled Caste categorisation.

Jignesh Mevani said, "In the coming days, I, along with Krishna Madiga and other Dalit, progressive, like-minded groups, want to launch a broad alliance for the upliftment of Dalits."

The newly-elected Gujarat legislator termed the death of University of Hyderabad scholar Rohith Vemula as "an institutional murder" and said that Vemula, had he been alive, would have joined him to meet Madiga.

Rohith Vemula had committed suicide in a hostel room on the varsity campus on January 16, 2016.

Mr Mevani appealed to the Telangana government to release Mr Madiga and termed his arrest as a curtailment of his fundamental rights.

"I appeal to the state government (Telangana) and police to release him immediately. He is struggling for the fundamental rights of his community. Individual liberty should not be curtailed this way," he said.
Comments
Jignesh MevaniDalit UpliftmentRohith Vemula