Ghost Village, False Cases: The Aftermath Of Dalit Bandh Violence In UP

While the police say each case was lodged based on photographic or video evidence, many people named in the FIRs claim they had nothing to do with the violence during the Bharat bandh called on April 2

In UP's Bulandshahr Jadole many villagers have fled, alleging a police crackdown.

Ghaziabad/Hapur/Bulandshahr: Shriram Hiteshi, an 85-year-old Dalit social activist running a school, is one of the many from his community accused of rioting and attempt to murder, in two First Information Reports (FIRs) filed by the Ghaziabad police. These FIRs were filed after the violence that took place on April 2, the day Dalit groups had called a Bharat Bandh to protest what they call dilution of a law meant to protect them from atrocities.

Mr Hiteshi was present during the protest march but he rode along on a scooter with what he says was a peaceful procession to the District Magistrate's office, unable to walk as the result of a heart attack he suffered three weeks ago. He says he also has chronic back pain which further impedes his mobility. And yet, he is in the FIR.

"They've just named us for the sake of it, people have run away," said Mr Hiteshi. "They aren't sleeping at home." 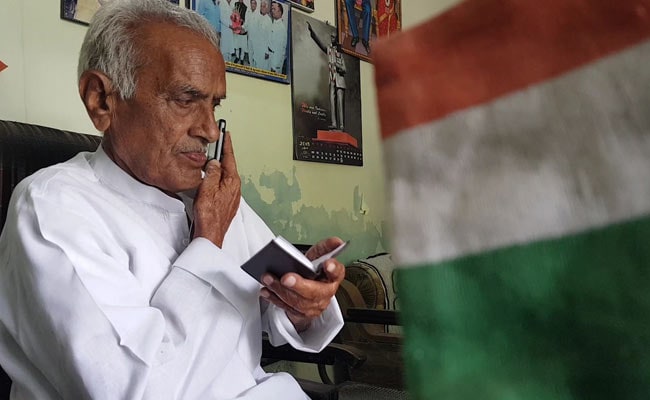 192 FIRs were filed across Uttar Pradesh, following the Bharat Bandh. The UP police say that two people were killed and 20 were injured in the state. 114 policemen were also injured, and 672 arrests were made on April 2 itself.

The Ghaziabad police filed 13 FIRs, naming 295 men, mostly Dalits. 32-year-old Sanjay Singh has been named in the same FIR as Mr Hiteshi and faces similar charges. His father Kamal Singh showed hospital documents that say his son has been undergoing treatment for tuberculosis for three years and was getting his daily dose from a TB centre on April 2.

"He can walk for a minute or two, he loses his breath," said Kamal Singh. "I can't say how his name has appeared on this list."

In Naiphal, Ghaziabad, another young Dalit, Jaichand has been charged with attempt to murder and criminal intimidation. On April 2, he says he was home with a severe foot infection, unable to walk. "I am afraid of the police picking me up anytime."

Other Dalits NDTV interviewed in Ghaziabad said they did take part in the marches but had no role in the violence. They included Chetan Anand, a trader, Mahesh Verma, a lawyer, Manoj Rajouria, a photographer, as well as Ravi, Sanjay and Vijay. And yet, all are named in the FIRs on similar serious charges.

"It was a march on foot -- no fights, no scuffles, no fatal attacks or burning of cars, we did nothing," said Mr Anand.

Other weak links also emerge. Jaswant Singh, whose sons Suraj and Binny (also Dalits) have also been named in the FIR, pointed out that they have been listed under their pet names "Chottu" and "Jassi," raising questions about a proper police inquiry.

"Somebody has taken their names out of enmity, they are being trapped knowingly," said Mr Singh.

The FIRs in Ghaziabad also mention 5,000 unknown persons. This is a standard practice used by the police during mass agitations as it allows them to make further arrests. This has emptied the streets in Dalit neighbourhoods like Jatwada, Ghaziabad.

The Ghaziabad police say the 295 people named in the FIRs were recognized based on photographic and video evidence but if the Special Investigation Team finds there were any errors on the list, those would be addressed during the investigation. 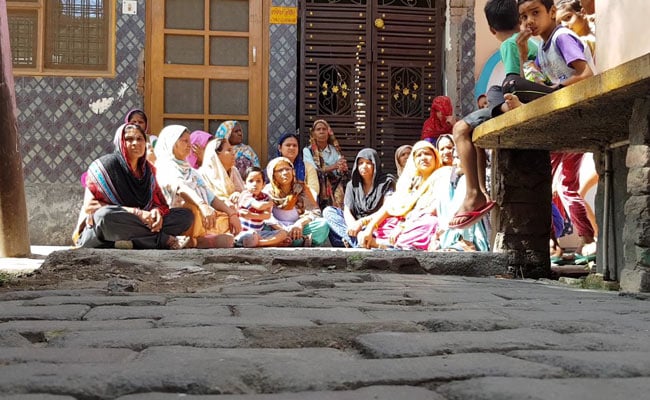 Women in Hapur's Lajjapuri area blocking entrance to their lanes

35 kilometers away in the town of Hapur, the fear of wrongful arrests has brought Dalit women out in protest. They emerge from their homes every evening to block the entrances to their lanes so the police cannot enter.

"He was just sitting here listening to music when they came," said Beena, the mother of Manish. "They took away my son, at least I want to make sure they won't take anyone else."

42 FIRs were filed for the rioting in Hapur, 30 people were named. 20-year-old Manish was not one of them, yet he was picked up from his home on the evening of April 2.

His family, like others from his Dalit neighbourhood whose sons have been picked up, admit to them being part of the procession that submitted a petition to the District Magistrate. They insist that they returned home soon after. The violence, they say, broke out later.

But Rajkumar was in Noida, at the workshop he works at every day from 9:30 to 6:30. He was picked up at 2 am from his home in Hapur. "They pushed us, they abused us, they took him away," said his father Naresh Chand.

65-year-old Bholeram says his son Amit was at work all day on April 2 but was picked up later that night. Both remain in custody, two of 90 people the Hapur police arrested that night. The Hapur police insists each arrest has been made based on photographic or video evidence.

Three FIRs were filed for the violence in Bulandshahr and 86 people have been arrested so far. One of the FIRs that names 21 people and 150 unknown persons, covers the village of Jadole, where protesters threw stones at the police. 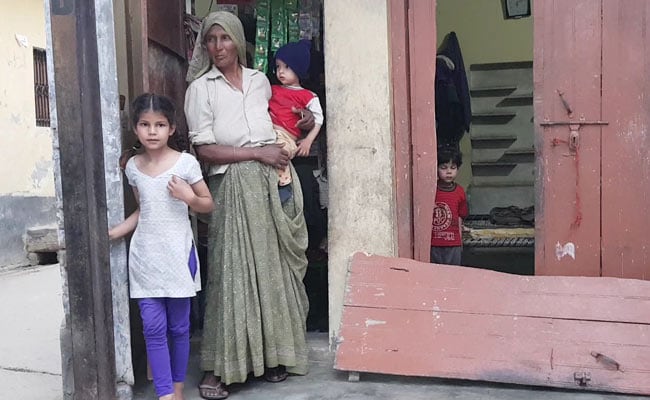 Villagers admit that about five or ten people were involved in stone pelting, but they also allege a serious police crackdown. Several doors in the village were broken down. Houses lay locked, and many women showed bruises on their bodies, alleging the police had attacked them.

"They threw away my books and said I have no right to study," said an 18-year-old girl from Jadole, who had a bruise on her neck. "They used abusive language and they hit me."

Promoted
Listen to the latest songs, only on JioSaavn.com
Sukhdev Singh, the chief of Jadole police station, told NDTV that he was injured in the stone throwing. He alleged that this was carried out by over 400 people but denied any excesses during police searches.

"The people could have broken the things themselves, I don't know why," said Mr Singh, on being asked about the broken items in the village.