Election 2019: FIR was lodged against Narsingh Yadav as he campaigned for Congress's Sanjay Nirupam in Yadavnagar area of Andheri West in Mumbai. 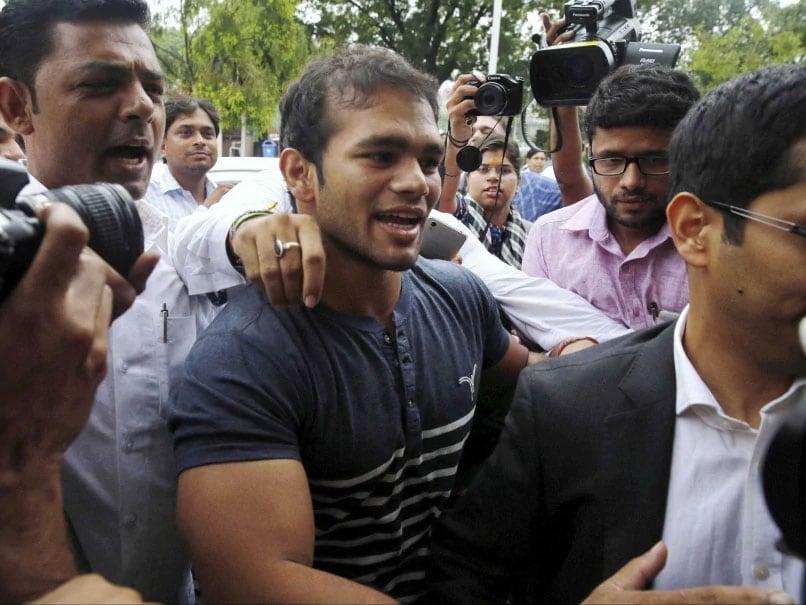 An official said that the FIR was lodged against Mr Yadav, 40, in the Amboli Police Station.

On Sunday night, Mr Yadav had campaigned for Mr Nirupam in Yadavnagar area of Andheri West which falls under the Mumbai North-West Lok Sabha constituency.

Mr Yadav is likely to face a departmental enquiry for his indiscretion.
Sanjay Nirupam is pitted against Shiv Sena's sitting MP Gajanan Kirtikar, and

Born in Varanasi, Uttar Pradesh, the wrestler had bagged gold medals in the Men's Freestyle 74 kg category at the Asian Games and at the Commonwealth Games held in New Delhi, both in 2010, a Silver Medal at Commonwealth Games in Melbourne in 2011, besides bronzes at World Championship in Las Vegas (2015), Asian Games in Doha and Incheon.

In early 2016, he was embroiled in a doping scandal and barred from contesting for four years owing to which he could not participate in the Rio Olympics later that year.

(This story has not been edited by NDTV staff and is auto-generated from a syndicated feed.)
Comments
Narsingh P YadavSanjay Nirupam