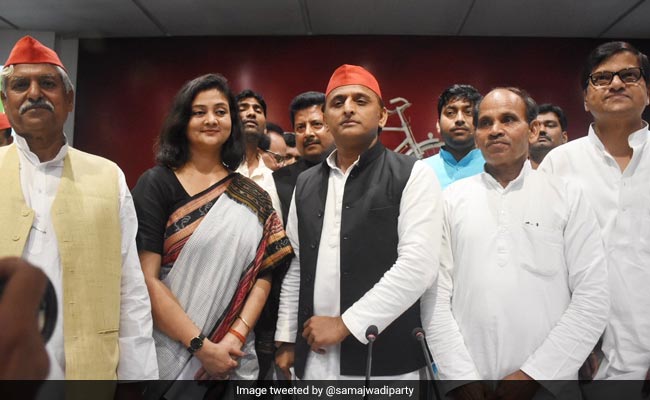 Earlier in the evening, Ms Yadav crossed over to the SP from the Congress party in the presence of party chief Akhilesh Yadav at a press conference in Lucknow.

She had unsuccessfully run for the Mayoral poll of Varanasi Municipal Corporation in 2017 from the Congress.

Her father-in-law was a senior Congress leader and had represented Varanasi in the Parliament.

After joining the party, she said: "I will work under the leadership of our national president Akhilesh Yadav. I will act according to his directions."

Sanjay Chauhan has been named as the party candidate from Chandauli Lok Sabha seat.

Varanasi and Chandauli will go to polls on May 19. The counting of votes will take place on May 23.