Elections 2019: With campaigning for the fourth phase of Lok Sabha polls has reached its peak, Congress chief Rahul Gandhi will address public meets. 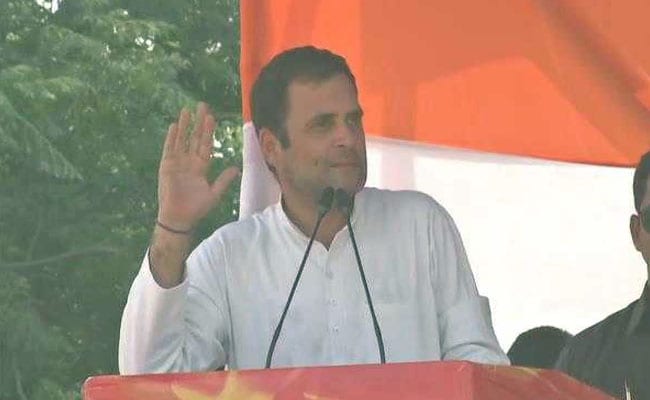 71 constituencies, spread over nine states, will go to polls in the fourth phase on April 29.

Campaigning for the fourth phase of Lok Sabha and assembly elections has picked up steam with Congress president Rahul Gandhi holding public meetings in Bihar, Odisha and Maharashtra today. He is expected to address a public meeting at Samastipur College Ground in Bihar and then later in the afternoon he will be part of a public meeting in Balasore, Odisha. In the evening he will address a meet in Sangamner district of Ahmednagar in Maharashtra.

Here are the live updates on Rahul Gandhi's rallies in Bihar, Odisha and Maharashtra:

Apr 26, 2019 13:43 (IST)
Demonetisation led to unemployment, Congress will generate employment, says Congress chief.
Apr 26, 2019 13:38 (IST)
I want to tell the people of the middle class community of Bihar that NYAY will not be funded by the middle class, as claimed by our rivals, it will be funded by people like Nirav Modi, says Rahul Gandhi at a public meet in Smastipur in Bihar.
Rahul GandhiElection rallies