General Elections 2019: Jay Panda contested from his long-time constituency Kendrapara on a BJP ticket in the Odisha assembly election which was held along with the national election. 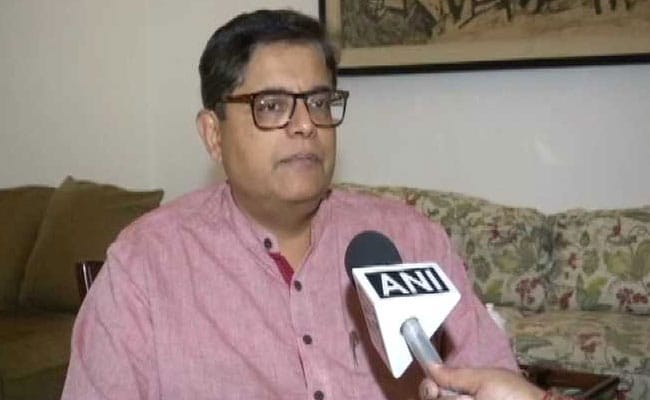 Jay Panda, who switched sides from Odisha Chief Minister Naveen Patnaik's party to the BJP in March, reiterated Amit Shah's point that the BJP will get over 300 seats in the Lok Sabha, as the results of the mammoth election will be declared tomorrow.

When asked if his former party, the Biju Janata Dal, will support the BJP-led alliance if required, Mr Panda, who was once a close aide of Mr Patnaik, said, "If other parties, seeing the national mood, want to also join in, I think, the BJP will keep an open mind."

Exit poll results for Odisha showed Mr Patnaik's party neck-and-neck with the BJP which is predicted to win 11 seats, just one more than its rival in the state that has 21 parliamentary seats.

The BJD dismissed the exit poll predictions and said it is "equidistant" from both the Congress and the BJP. The ruling party in Odisha said it will decide whether to support the BJP-led national alliance or not based on what is promised to Odisha.

A former national spokesperson of the Naveen Patnaik's Biju Janata Dal (BJD), Jay Panda, 55, was once one of the Chief Minister's most trusted aides. Two years ago, that association nosedived after Mr Panda went public with his criticism of party leaders over the BJD's poor performance in local body polls.

Jay Panda was seen to have been in the exit mode for the past two years. In March, he joined the BJP and was made its national vice president.

He contested from his long-time constituency Kendrapara on a BJP ticket in the Odisha assembly election which was held along with the national election.

"I joined the BJP after much soul-searching. I am happy to carry out whatever responsibility the party gives me. The BJP has a lot of talent. Whosoever takes whichever responsibility, we are going to cooperate with each other," he said.