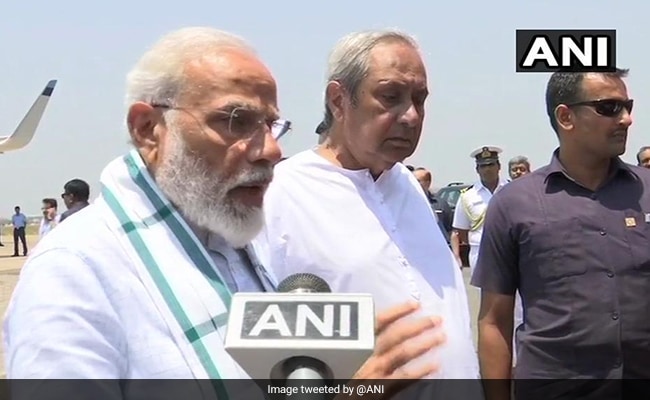 Lok Sabha Elections 2019: Naveen Patnaik's party said it is equidistant from the BJP and the Congress.

Naveen Patnaik's party has said that it is "equidistant" from both the Congress and the BJP and that it will decide whether to support the BJP-led national alliance or not based on what is promised to Odisha. The Biju Janata Dal's stand was spelled out a day after exit poll results for Odisha showed Mr Patnaik's party neck-and-neck with the BJP which is predicted to win 11 seats, just one more than its rival in the state that has 21 parliamentary seats.

The Biju Janata Dal dismissed the exit poll predictions about it and was certain that it will secure two-third majority in the assembly and repeat its performance in the Lok Sabha.

"In the event that it appears that our help is required by anybody, we will see what is in the best interest of Odisha. Are we getting a good deal for Odisha? We are absolutely open...," BJD lawmaker Pinaki Misra told NDTV.

"We are totally equidistant (from the Congress and the BJP). Mr Patnaik has never equivocated on this. He is quite clear on this. You give us a good deal on Odisha and we'll see how it plays out. But let's first see how the final numbers add up," Mr Misra added.

The BJD's remarks come in the aftermath of Cyclone Fani that hit the coastal state earlier this month, killing 64 people and causing widespread destruction. The Odisha government has demanded Rs. 7,000 crore from the centre for construction of disaster resilient houses in cyclone prone areas of the state. The cyclonic storm damaged assets worth Rs. 525 crore.

The Biju Janata Dal said its internal survey suggests that it will get at least 15 Lok Sabha seats. "I sense that there is something about these exit polls that do not smell right... I don't believe that the BJD government, which is poised to come back now with anything between 105 to 115 seats, can get 1 or 2 or 5 seats in parliament," Pinaki Misra said.