Elections 2019: Yogi Adityanath commended people for participating in the "festival of democracy" and said the campaign was centred around PM Modi. 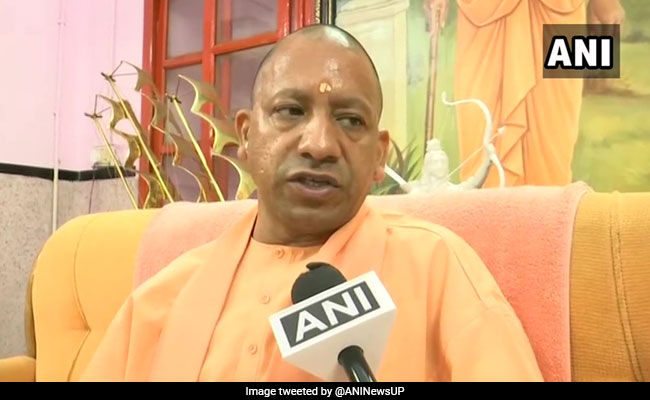 BJP will achieve the target of more than 300 seats, says Yogi Adityanath

Uttar Pradesh Chief Minister Yogi Adityanath today exuded confidence of getting full majority in the Lok Sabha elections. He asserted that BJP will win over 300 seats on its own.

He commended the people for participating in the "festival of democracy" while stating that the elections campaign for the polls was entirely centred around Prime Minister Modi.

He took a jibe at West Bengal Chief Minister Mamata Banerjee over the poll violence and asked for a comparison of West Bengal and Uttar Pradesh, both of which voted in all the seven phases of national polls.

The Uttar Pradesh Chief Minister also cornered the West Bengal government on the issue of poll-related violence and said, "For us, politics is a way of serving people. We cannot have any expectations with these people when the court is commenting on West Bengal's law and order and election commission has to take action. Compare Uttar Pradesh and West Bengal, violence wasn't reported from UP in the last 6 phases of elections, unlike West Bengal."

Earlier today, Yogi exercised his right to vote at a booth in Gorakhpur and was accompanied by party's candidate Ravi Kishan.

Polling for the seventh and final phase of the Lok Sabha elections began on Sunday on 59 seats across seven states and one Union Territory in the country. The counting of voting will begin on May 23.

A total of 918 candidates, including Prime Minister Narendra Modi, are in the contest in this last phase of polls. The Prime Minister is seeking re-election from Varanasi and is contesting against Ajay Rai of the Congress and Samajwadi Party candidate Shalini Yadav.