Lok Sabha elections 2019 phase 2: BJP's Mathura candidate Hema Malini says people know who to vote for in the Lok Sabha polls and laughs off claims that she is an "outsider". "I have always been Brijwasi," she said 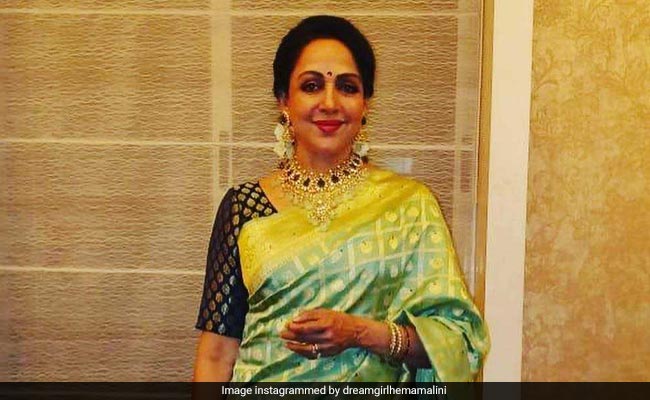 Voters in BJP lawmaker Hema Malini's seat of Mathura are heading to the polls today to choose between the former actor, Kunwar Narendra Singh of the Rashtriya Lok Dal (RLD) and Mahesh Pathak of the Congress.

Speaking to NDTV, she expressed confidence in her campaign and said the people of Mathura knew for whom they had to vote.

"I am confident in the campaigning we've done and the message we've sent to the people. The people know who has stayed here and who has done work for them," she said.

The actor-turned-politician won from this seat in the last Lok Sabha polls, beating another RLD candidate, Jayant Chaudhary, by over three lakh votes. However, she has been criticised since for allegedly neglecting her constituency and not living in the city.

Hema Malini was assertive in her response, saying, "That is not true. I've been a Brijwasi for 35 years. It has been a childhood desire to live here."

She also sought to dispel such criticism during the current elections by appearing in campaigns like the one of her driving a tractor and cutting crops with women.

When asked for details about the work carried out during her term in office, Hema Malini said, "People know I've worked on improving village connectivity and infrastructure. Drinking water is a problem and we've worked on that too... have installed RO plants at a lot of places."

Earlier, she was also asked about the monkey menace in Mathura and if she had solutions for the same. "There is a huge problem of monkeys, but you see there is co-existence. Where will the monkeys go? The problem is that tourist here give them Frooti and samosa and have spoiled them. Give them fruit only," she was quoted by news agency ANI.

She also tried to defend herself from criticism that she hadn't done enough for people in rural areas. "Some development work in villages, like roads, is the centre's job. Not everything is my responsibility. People always ask about work not done. But nobody offers congratulations on work that I have done."

The BJP legislator also hit out at critics of Prime Minister Narendra Modi. "Modi ji has done so many things for farmers. They know who has helped them."