"People keep saying give peace a chance, something should happen, but see what our government has said," General Rawat said. 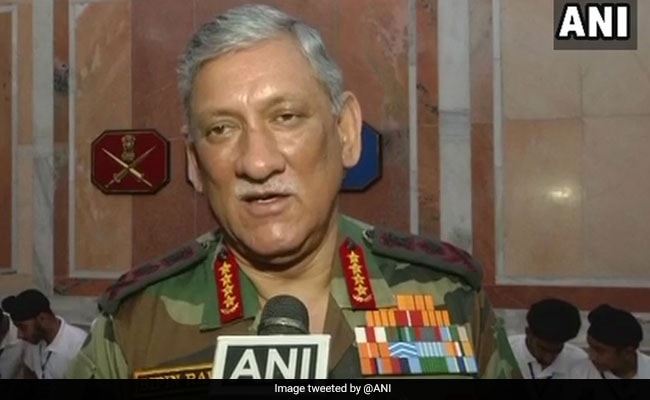 "Kartarpur should be seen in isolation, do not link this to anybody else," General Rawat said. (File)

With Pakistan Prime Minister Imran Khan batting for friendly ties with India, Army Chief General Bipin Rawat on Wednesday said the Kartarpur Corridor initiative should be seen in isolation, reiterating the Centre's stance that "terror and talks can't go together".

"People keep saying give peace a chance, something should happen, but see what our government has said," General Rawat said, in response to queries on Imran Khan's appeal.

Earlier in the day, External Affairs Minister Sushma Swaraj ruled out any dialogue with Pakistan unless it stopped sponsoring terrorism, saying talks and terror cannot go together.

She said that though India welcomes the development of the Kartarpur corridor, it will not have any dialogue with Islamabad till it stops sponsoring terrorism.