What Is Geminids? How To Watch The Meteor Shower? Know Here 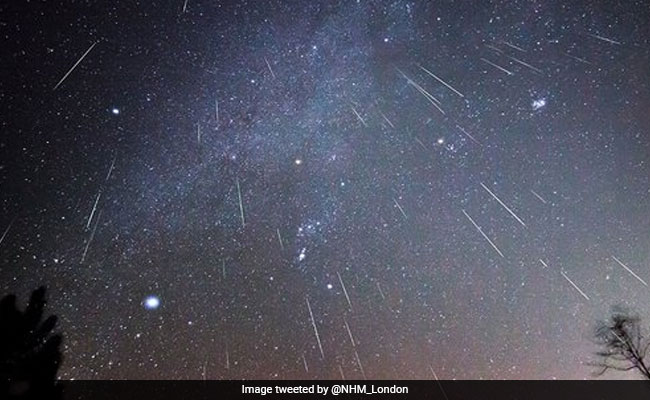 Geminids are the best meteor shower of the year, will peak on December 13-14: NASA

Geminids Meteor Shower: Know All About It

Shortly after midnight today, a dramatic celestial event will mesmerize sky gazers. Geminids, widely recognized as the best annual meteor shower, is due to reach its dazzling peak. The Geminids are active since December 4 and will continue till the 17th. The spectacular meteor shower will enthral sky gazers in India till the early hours of December 14. The Geminids is the most intense meteor shower of the year, astrophysicist and chief of MP Birla Planetarium, Debiprasad Duari said on Saturday. What are meteors, meteor showers and what is so special about Geminids, let's take a look.

Meteors are bright streaks of dazzling light that one sees in the night sky. Often called 'shooting stars', meteors are rocky objects, which enter the Earth's atmosphere at a tremendous speed. As the Earth, in its annual journey around the Sun passes through a dusty region in space, the tiny rocky objects enter the atmosphere with great speed - between 30 and 60 km per second - and produce a shower of light streaks called as meteor shower.

Why is this meteor shower called the Geminids?

According to the NASA, "All meteors associated with a shower have similar orbits, and they all appear to come from the same place in the sky, which is called the radiant. The Geminids appear to radiate from a point in the constellation Gemini, hence the name Geminids."

At what speed do Geminids travel?

How can you see the Geminids meteor shower?

According to the NASA, there will be a live broadcast of the meteor shower's peak on December 13-14 from a meteor camera at the space agency's Marshall Space Flight Center in Huntsville, Alabama, (if weather cooperates).

Stargazers mark your calendars - the best meteor shower of the year will peak Dec. 13-14. Learn how you can observe the Geminids from home: https://t.co/OnaaBsvYK7pic.twitter.com/BTkBfsqtO3

Enjoy watching the celestial fireworks tonight. The MP Birla Planetarium chief has said, this year, as per the predictions, it may be possible to see 150 meteors per hour given the sky is dark and clear. One should not be alarmed while viewing this "heavenly phenomenon, since these meteors will cause no harm to anything on Earth," he added.