India will become one of the few major economies to post growth in the last quarter of 2020, with any improvement in the economy's performance inversely tied to a drop in Covid-19 infections 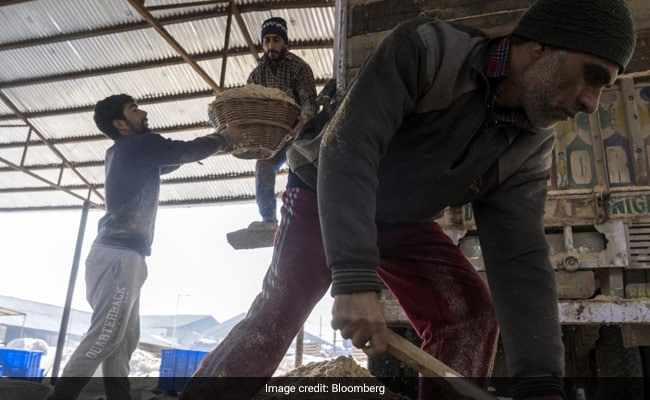 As India's economic fortunes stand at the cusp of a turnaround, a spike in coronavirus cases across its key business centers risks undoing some of the gains.

Data due later Friday will probably show gross domestic product expanded 0.6% in the three months ended December, after contracting for two consecutive quarters, according to the median forecast in a Bloomberg survey of economists. That will help Asia's third-largest economy exit an unprecedented recession. 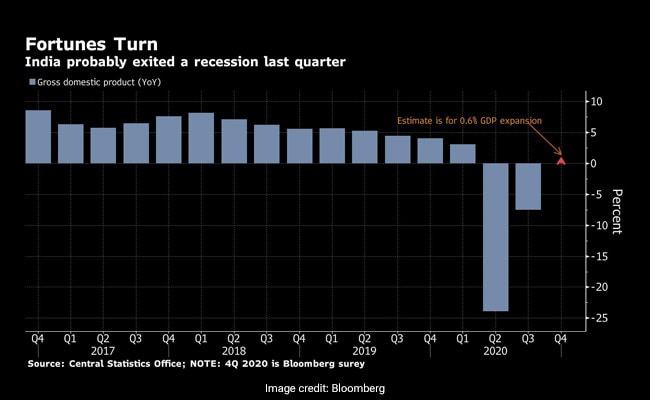 India will become one of the few major economies to post growth in the last quarter of 2020, with any improvement in the economy's performance inversely tied to a drop in Covid-19 infections. But the nation has seen an uptick in cases over the last few weeks raising the risk of a new round of localized lockdowns.

Maharashtra, which includes the financial capital of Mumbai, warned of lockdowns after the number of daily cases rose to almost 7,000 last week. The country overall reported 16,738 new infections as of Thursday, making it the highest number since late January.

A resurgent virus outbreak is "a final hurdle in the race to normal", said Sonal Varma, chief economist for India and Asia, ex-Japan, at Nomura Holding Inc. in Singapore. It could "disrupt the economic normalization process in the near term."

New curbs on movement of people or restrictions on businesses are a risk to the nascent recovery, given that gains in the October-December quarter probably came from the reopening of the economy, which is primarily driven by domestic consumption. The government also boosted spending in the final months of last year to spur growth.

As a result, economists expect the Statistics Ministry to revise its estimate for the fiscal year through March to a contraction of 7% from a steeper 7.7% drop seen previously.

A positive reading will lower the pressure on India's central bank, which did most of the heavy lifting in the past year through 115 basis points of interest-rate cuts and ensuring liquidity in the financial system. The government has since announced fiscal steps to support the economy, including a near-record borrowing in its latest budget this month.

"The infection caseload in some parts of the country is, however, again creeping up," Reserve Bank of India Governor Shaktikanta Das said Thursday. "We need to stay vigilant and steadfast, and on our toes."