Gautam Adani: The aggressive expansion pursued by the Adani Group, led by Asia's richest person Gautam Adani, has put pressure on its credit metrics and cash flow, CreditSights said in the report. 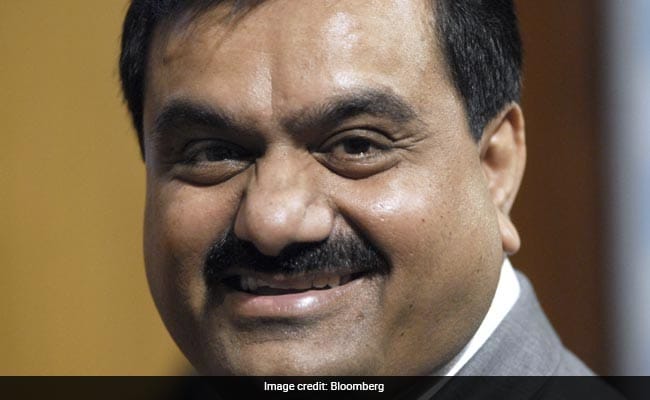 The aggressive expansion pursued by the Adani Group, led by Asia's richest person, has put pressure on its credit metrics and cash flow, CreditSights said in the report Tuesday, adding that "in the worst-case scenario" it may spiral into a debt trap and possibly a default.

"We see little evidence of promoter equity capital injections into the group companies, which we feel is needed to reduce leverage in their stretched balance sheets," the agency said, referring to fund infusions from the Adani Group's founders, known as "promoters" in India.

A representative for the Adani Group didn't immediately respond to a request for comment on the report. All seven listed Adani firms declined by 2% to 7% in trading Tuesday.

CreditSights' report comes after a big few years for Adani, who's been on a rapid diversification spree, expanding an empire centered on ports and coal mining to include airports, data centers and cement as well as green energy. The group recently pledged to plow $70 billion into renewable projects. These moves have not only boosted Adani's stature in India, but his fortune, with his net worth surging past $135 billion this year. He's also increasingly moving into spheres dominated by the man he replaced as Asia's richest man, compatriot Mukesh Ambani of Reliance Industries Ltd.

The report puts a spotlight on the multiple fault lines that may impede Adani's ambitions and the stratospheric surge in the shares of his firms. CreditSights' analysts, however, said they draw "comfort" from the group's strong relationships with banks as well as the administration of Indian Prime Minister Narendra Modi.

Some other highlights from the report, authored by CreditSights Lakshmanan R, Rohan Kapur and Jonathan Tan:

The Adani Group is entering new and unrelated businesses, which are highly capital intensive, raising concerns over execution oversight

The group has a "strong track record of churning out strong and stable companies" through its flagship, Adani Enterprises Ltd., and has built a portfolio of "stable infrastructure assets tied to the healthy functioning" of the Indian economy

CreditSights remain "cautiously watchful" of the group's growing appetite for expansion, which is largely debt-funded

A self-made billionaire who started his business as an agri-trading firm in late 1980s, Adani has also been a busy dealmaker this year. Adani Group acquired the Haifa port in Israel in July for $1.2 billion and Swiss firm Holcim's Indian cement units for $10.5 billion in May, besides almost three dozen big and small acquisitions. It's also expanding into media, health care and digital services.

Investors have cheered the tycoon's ability to rapidly scale up his businesses, spurring massive share rallies in Adani firms even during the pandemic, when most businesses suffered. Adani Enterprises and Adani Green Energy Ltd. have surged more than 1,300% since the beginning of 2020. Adani Total Gas Ltd. has rallied about 1,900% and Adani Transmission Ltd. over 900%, while the benchmark S&P BSE Sensex surged almost 42% over this period.

But it's this breakneck growth that's making credit watchers, including CreditSights, uneasy. The research firm acknowledges that the Adani founding family's status as a majority shareholder in most of their listed group companies means they will go all out to support them.

The family's "entire fortune and reputation is tied to the Adani Group companies," it said. "Having such major 'skin in the game' could imply that the family would pull all stops to avoid default in any of the entities, since any material liquidity or solvency issue in one company would likely have a contagion effect on the valuation of the remaining companies too."