Ganesh Chaturthi falls in August or September and is celebrated in many states, especially Maharashtra, Gujarat, Odisha, Uttar Pradesh, and Karnataka. 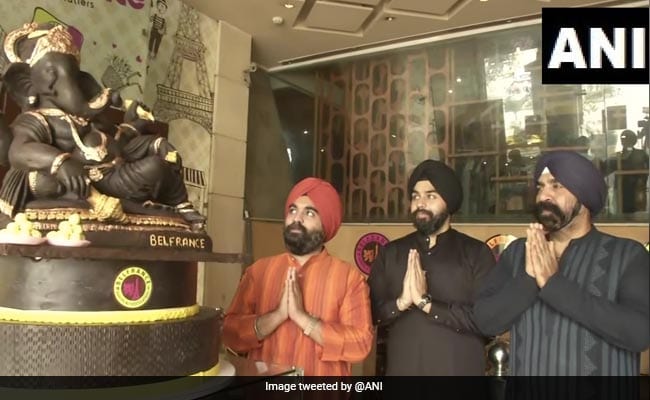 Ganesh Chaturthi 2021: The ten-day festival is celebrated across the country with enthusiasm and fervour.

Celebrations for the 10-day Ganesh Chaturthi festival began across the country on Friday morning amid COVID-19 restrictions.

"We've been making chocolate Ganesh since 2015 to send a message that we should celebrate festivals in eco-friendly ways," says bakery owner Harjinder Singh Kukreja pic.twitter.com/zAdvn936or

For the second consecutive year, the COVID-19 pandemic has put a halt to large-scale celebrations for devotees in most parts of the country. 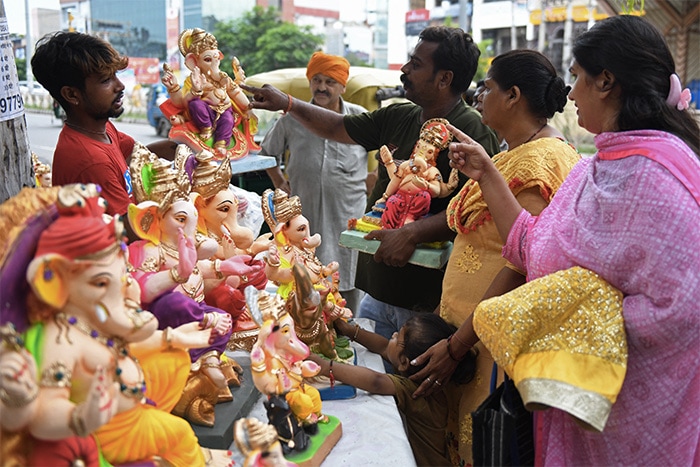 The Mumbai police, citing Covid, today barred the assembly of five or more persons in the city, ahead of the Ganesh Chaturthi celebrations that will begin on Friday.

#HappyGaneshChaturthi
May Lord Ganesh bless all.
First time I have used 7000 Seashells on my SandArt installation with message “World Peace “at Puri beach in Odisha. pic.twitter.com/vdjV1wtrfE

Several curbs will be strictly imposed as per government directions, they said. The city's biggest festival is usually observed over ten days, but sometimes longer in some places. 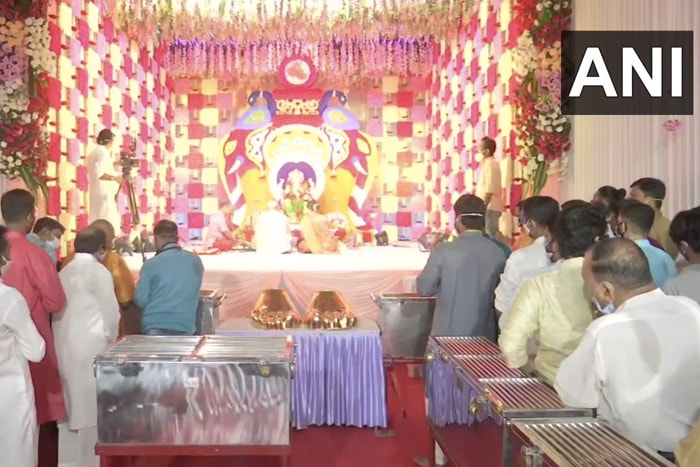 The ten-day festival is celebrated across the country with enthusiasm and fervour. 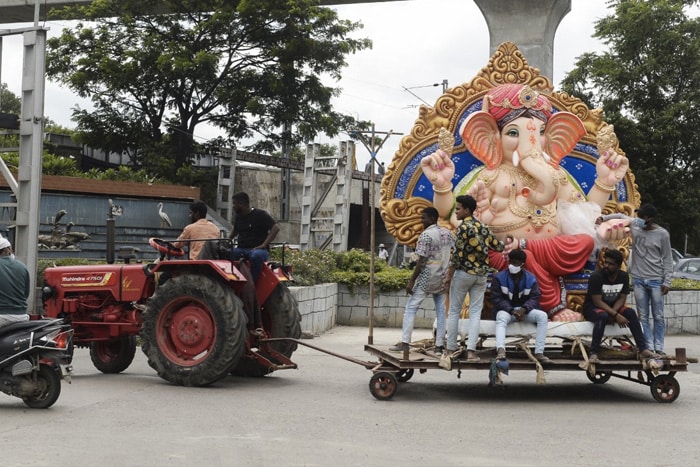 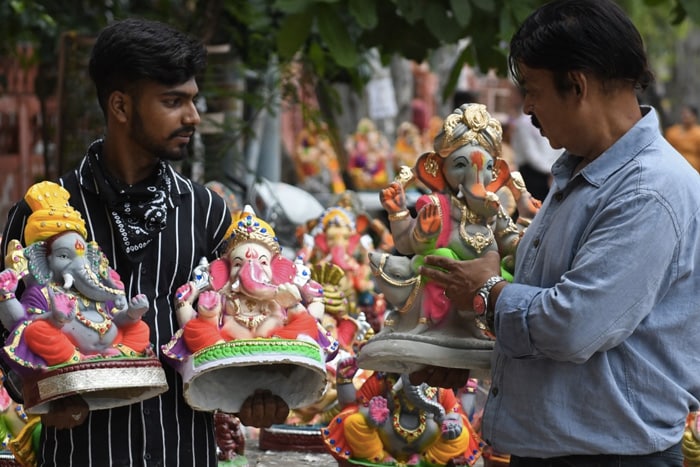 Across the country, Ganeshotsav celebrations begin today and will end after 10 days on Anant Chaturdashi, which is also called Ganesh Visarjan. 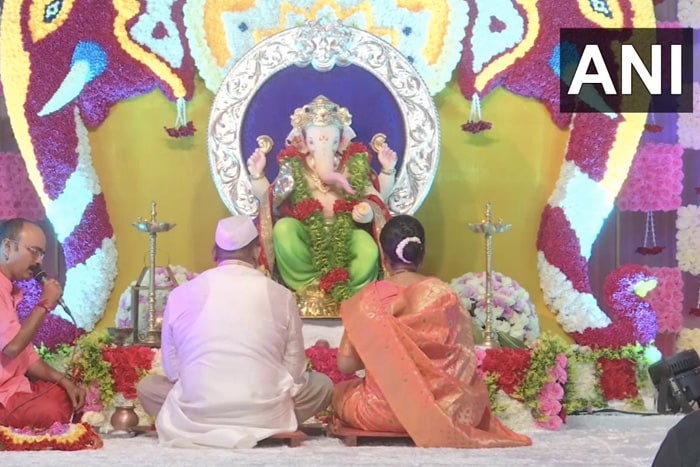 On the day of Ganesh Visarjan, idols of Lord Ganesha are immersed and devotees offer prayers to Lord Ganesha.