The museum will have a media kit, comprising a pen drive with rare pictures and video footage, and a documentary, 100 specially-curated pictures, Gandhi's voice. 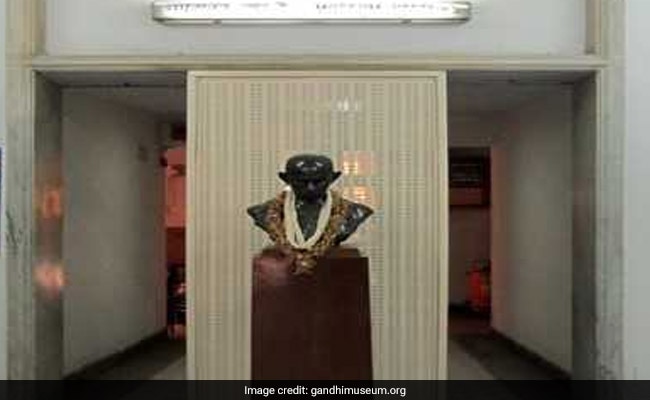 There will be a virtual tour of Mahatma Gandhi's ashrams, favourite bhajans, a museum official said.

The National Gandhi Museum at Rajghat today launched a series of programmes, including "recreated heartbeats" of the father of the nation, kickstarting the year-long celebrations to mark his 150th birth anniversary.

The "recreated heartbeats" has been formed by digitalising the electrocardiography (ECG) details of Mahatma Gandhi and it can be heard through a headphone, director general, Indian Council of Medical Research (ICMR), Dr Balram Jakhar, said.

"Mahatma Gandhi is in our blood," he said after inaugurating the programme.

The museum will also have for visitors a media kit, comprising a pen drive that will have rare pictures and video footage, and a documentary by A K Chettiar on Gandhi.

It also contains 100 specially-curated pictures, Gandhi's voice, a virtual tour of his ashrams and his favourite bhajans, a museum official said.

"(The pen drive has) perhaps the only footage of (social reformer Gopal Krishna) Gokhale and standing with him a young lawyer Mohandas Karamchand Gandhi, dressed tidily in a suit," the museum's director A Annamalai said.

Besides, Gandhi's visit to the North West Frontier Province along with Khan Abdul Ghaffar Khan and Noakhali - Peace Pilgrimage - are part of the documentary, he said.

There are a select 100 photographs of Gandhi from his place of birth in Porbandar to his memorial at the Rajghat in the kit, Annamalai said.

The pictures are in the form of a power point presentation.

Gandhiji's speech 'Spiritual Message of Mahatma Gandhi' recorded in London in 1931, the one at the Asian Relations Conference in 1947 and the Post Prayer Speech on Cleanliness and Hindu Muslim Unity in 1947 among others, are part of the multi-media collection, he said.

The kit, priced at Rs. 300, is available in Hindi, English and Tamil. Chief Ministers of Tamil Nadu, Karnataka and Andhra Pradesh will launch it tomorrow.

The contents of the kit will be released in other Indian languages soon, he said.

Director, Mahatma Gandhi Centre for Peace Studies, Ramin Jahanbegloo said Gandhi was the reason he came to India in 1989.

Mr Jahanbegloo asserted the relevance of Gandhian thoughts in the present world.

"Many parts of the world are facing problems because leaders there do not understand the message of Mahatma Gandhi," said the professor after inaugurating an exhibition 'Non Violence and World Peace',

He also claimed that the legacy of Mahatma Gandhi was adopted by many world leaders like Nelson Mandela who made it their own and used in their struggles against injustice and oppression.

The event was also attended by Managing Director, National Backward Classes Finance and Development Corporation, K Naryana and the museum's chairman Aparna Basu among others.