"It is also the time we become the voice of the Global South," he added. 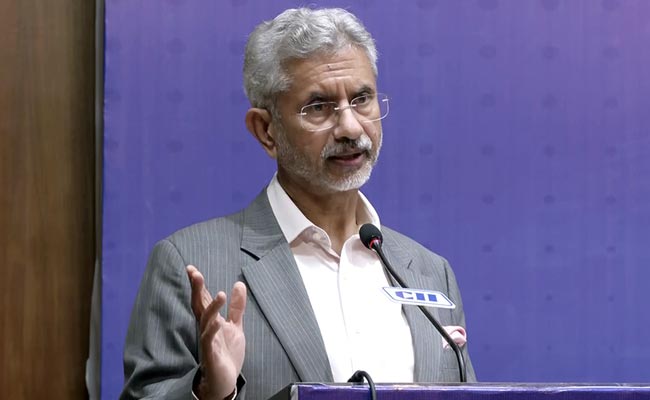 Mr Jaishankar said that attention needs to be paid not only to the problem but also for viable solutions.

Speaking at the University Connect Programme at the Sushma Swaraj Bhawan in New Delhi, Mr Jaishankar said there are very good reasons why today's world is taking a much deeper interest in India.

"G20 presidency offers an opportunity to share our story with others, particularly those who may transpose some of our experiences on their performance or challenges," he said at the event, attended by high-level delegates including G20's India Coordinator, Harsh Vardhan Shringla, and G20 Sherpa Amitabh Kant.

"It is also the time we become the voice of the Global South."

Underscoring the importance of this juncture, the external affairs minister said this is not a development that should be regarded as just one more diplomatic happening.

"On the contrary, it is a crucial responsibility that is being assumed by India at a very challenging time in world politics and at an inflection point in India's own history," he said.

He said G20 is not just the collective weight of participants, adding the very process of holding it is uniquely impactful.

Mr Jaishankar noted how about 200 meetings of G20 are taking place in multiple locations across India.

"Given its significance, we would like G20 not to be a Delhi-centric set of events, but one that is hosted and celebrated across the width and the breadth of our country," he stressed.

Talking about the backdrop of India's G20 presidency, he highlighted the devastation caused by the COVID pandemic, over the last three years.

Arguing for more focus on issues affecting the vulnerable sections of the world, Mr Jaishankar said that attention needs to be paid not only to the problem but also for finding viable solutions.

This University Connect event today saw the virtual participation of students and leading academicians from 75 universities across the country with top leaders, scholars, and academicians.

"India's G20 presidency is a mega national event. Let us come together and participate in it, immerse in it, and propagate it so that it becomes etched into our memories for all times to come," he said.

Mr Shringla said the country's G20 presidency is both a unique opportunity, and profound responsibility, for all Indians.

G20 Sherpa Amitabh Kant also spoke at the event. Mr Kant said that Prime Minister Narendra Modi will be setting the agenda of the world in very challenging times.

"As the G20 president, India's Prime Minister Narendra Modi will be setting the agenda of the world. And this is a huge responsibility because we are taking over this at a very challenging time in the world," he added.