"Future Belongs To Those Who Innovate," Says Benjamin Netanyahu 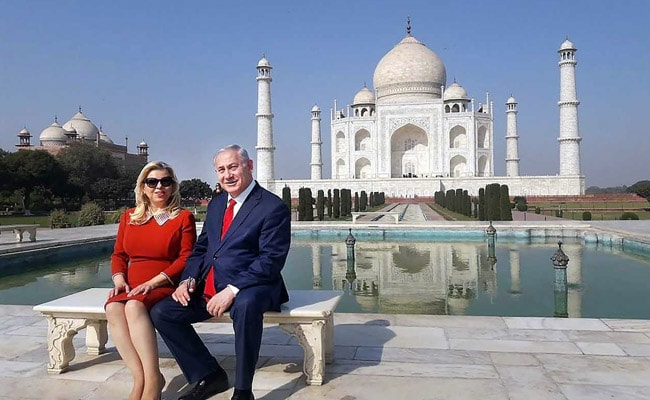 Mumbai: Stating that the partnership between Israel and India is doing wonders, Israeli Prime Minister Benjamin Netanyahu today asked business leaders to focus on innovation. "The future belongs to those who innovate," Mr Netanyahu said in his opening remarks at a breakfast with top corporate executives at the Taj hotel in Mumbai.

"It is very, very crucial today for you and your Israeli counterparts to meet up, because the future belongs to those who innovate," Mr Netanyahu said at the first of his numerous assignments for the day as he wraps up his four-day India visit.

"We in Israel are seizing the future, you in India are seizing the future. Together, you will get there a lot quicker and also get a lot further," he said. "Innovation doesn't happen by itself. Some of it does. But it can be nurtured, it can encouraged. It also can be discouraged. The job of governments like that of Prime Minister Modi and my own government is to facilitate your competitive advantages and ability to innovate," he said.

The partnership between Israel and India is doing wonders, the Israel prime minister said. "It is on the level first of a deep personal friendship between Prime Minister Modi and myself," he said. "In addition, there is a partnership of genuine sympathy between our people. And that is not obvious. Our two civilisations are very old and we have not met each other in real sense."

After inaugurating the iCreate Centre in Ahmedabad on Wednesday, PM Modi had said innovation has played a great role in bringing the people of India and Israel closer. "Israel's technology and creativity influence the entire world. Innovators in India can benefit from the areas related to the Indian needs," he had said.
Comments
Benjamin NetanyahuNarendra ModiIsrael