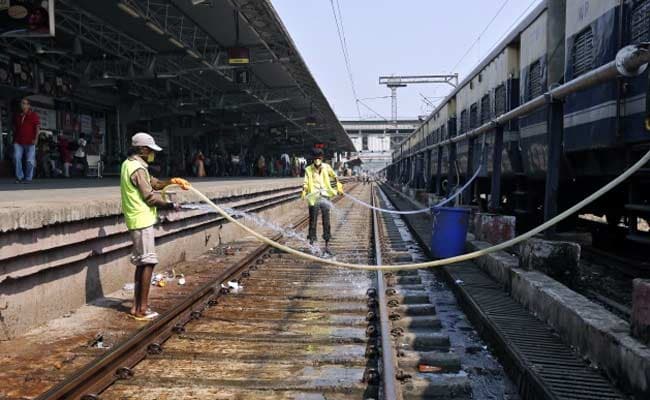 New Delhi: From today, passengers at New Delhi railway station will be able to access wi-fi internet within its premises as the public transporter is kicking off a scheme for providing more connectivity at stations.

Railway Minister Suresh Prabhu will launch the wi-fi facility at the busiest station in the country with the project being implemented by RailTel, a railway PSU which is mandated to provide the service at major stations across the country.

Passengers on all 16 platforms at New Delhi railway station will be able to access the wi-fi internet. "We are providing the wi-fi service as a value-added facility for passengers," said a senior railway ministry official.

The wi-fi facility shall be available free of cost for an initial period of 30 minutes and would require the people at the station to register for the same through their mobile phones.

For usage beyond 30 minutes, the user may purchase scratch cards which will be made available at 24X7 wi-fi helpdesks on the concourse at the Paharganj and Ajmeri gate sides of New Delhi railway station.

"These cards are priced at Rs 25 for 30 minutes and Rs 35 for one hour and are valid through 24 hours," said the official.

The total cost of the project is Rs 50 lakh and an amount of Rs 16 lakh will be spent annually to run the facility. The wi-fi facility is to be provided at 75 major category stations within a year.

Promoted
Listen to the latest songs, only on JioSaavn.com
The facility is to be launched on a trial basis at Agra, Ahmedabad and Varanasi by the end of December and at Howrah, Mumbai's Chhatrapati Shivaji Terminus and Secunderabad by January next year.

New Delhi station is the busiest station in the country with about 300 trains and close to 5 lakh passengers coming to its platforms daily.