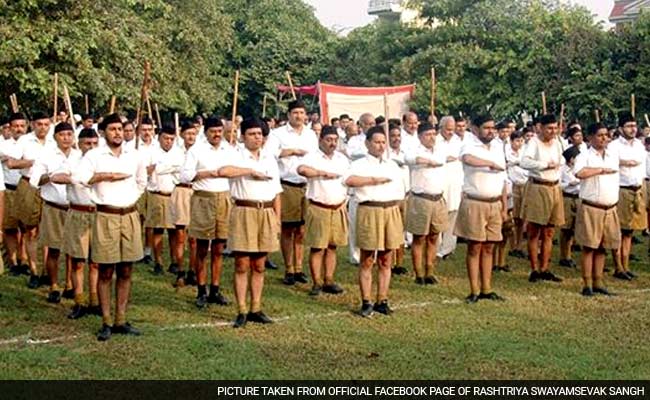 It is the most talked about dress code in India this weekend.

India's largest and most strident Hindu nationalist organization, the Rashtriya Swayamsevak Sangh, is changing. No, not its core beliefs of Hindu supremacist pride. But its dress code.

But now the khaki shorts, the signature look of a member, are going to be replaced with brown pants.

"We have decided to replace khaki shorts with brown-colored full pants," said Bhaiyyaji Joshi, one of the top leaders of the Rashtriya Swayamsevak Sangh, or RSS. "Full pants are more common in normal life, so we have accepted it now. We are a group that moves with the times."

RSS' critics in India often lampoon its trademark wide shorts and derisively call its members "chaddi" or shorts. They routinely post awkward photographs of its overweight members in the loose shorts.

The RSS, which is Hindi for National Volunteer Corps, seeks to unite Hindus and restore national pride after centuries of Muslim invasions and foreign rule. But its belligerent rhetoric has often spurred Hindu-Muslim tensions and violence in this officially secular but predominantly Hindu country of 1.2 billion people.

Modi's election victory in 2014 has pitched the RSS into national spotlight again. Many critics say that the growing popularity of RSS' ideology is changing the secular and liberal character of India's multi-religious society.