The GDP rate registered a fall amid a slump in manufacturing, consumer demand and private investment. 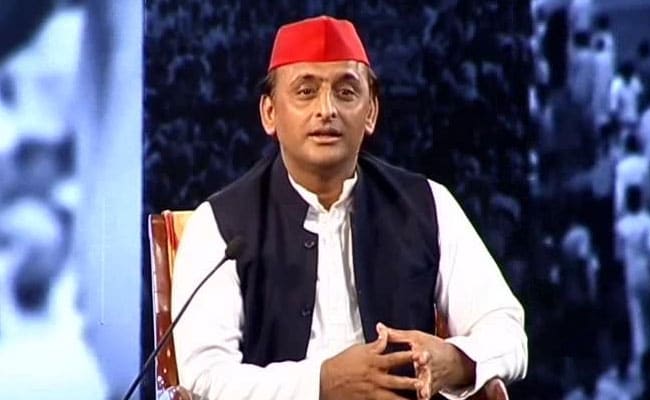 The major factor behind the GDP fall was a slump in the manufacturing sector by one per cent.

SP president Akhilesh Yadav on Saturday claimed that the BJP government was all set to establish a slew of "historic records" of multi-pronged declines, ranging from the falls in GDP to political morality in the history of India.

"During its tenure, the BJP government is set to establish a slew of historic records of declines in the history of independent India... the fall of GDP in the economy, the collapse of communal harmony in social field, the plunge of morality in politics and the drop of hopes in people's morale.." said former Chief Minister Akhilesh Yadav in a tweet.

The tweet by the Samajwadi Party supremo came a day after India's second-quarter GDP growth registered a sharp decline to 4.5 per cent, the lowest in over six years, and close on the heels of a failed overnight bid to install a BJP-led government in Maharashtra with help of NCP chief Sharad Pawar's nephew Ajit Pawar.

The GDP rate registered a fall amid a slump in manufacturing, consumer demand and private investment.

The Gross Domestic Product expansion rate moderated from five per cent recorded in April-June 2019 and was much weaker than the seven per cent growth registered during July-September 2018, revealed official data released on Friday.

The major factor behind the GDP fall was a slump in the manufacturing sector by one per cent.

A separate data showed the core infrastructure industry output declining to 5.8 per cent in October, the biggest fall since at least 2005.

The GDP growth rate in the second quarter of the current fiscal year (April to March) is the slowest since January-March 2013 and marks six consecutive quarters of slowing growth -- a first since 2012.

The GDP recorded the continued fall despite the Narendra Modi government taking several steps, including those of slashing corporate taxes, setting up a special real-estate fund, merging banks and announcing the biggest privatization drive ever, to revive the investment climate and bolster economic growth.

The Reserve Bank of India too has cut the interest rates five times so far in 2019, by a total of 135 basis points, to boost liquidity in the financial system amid concerns that the growth momentum is slowing down.

It is expected that the central bank may slash the interest rate again at its monetary policy meeting next week.