From Bihar To Gujarat: First-Timers Flock To Ayodhya After Top Court Verdict

A VHP spokesperson said the number of devotees visiting the workshop has spiked since the Supreme Court judgement on November 9. 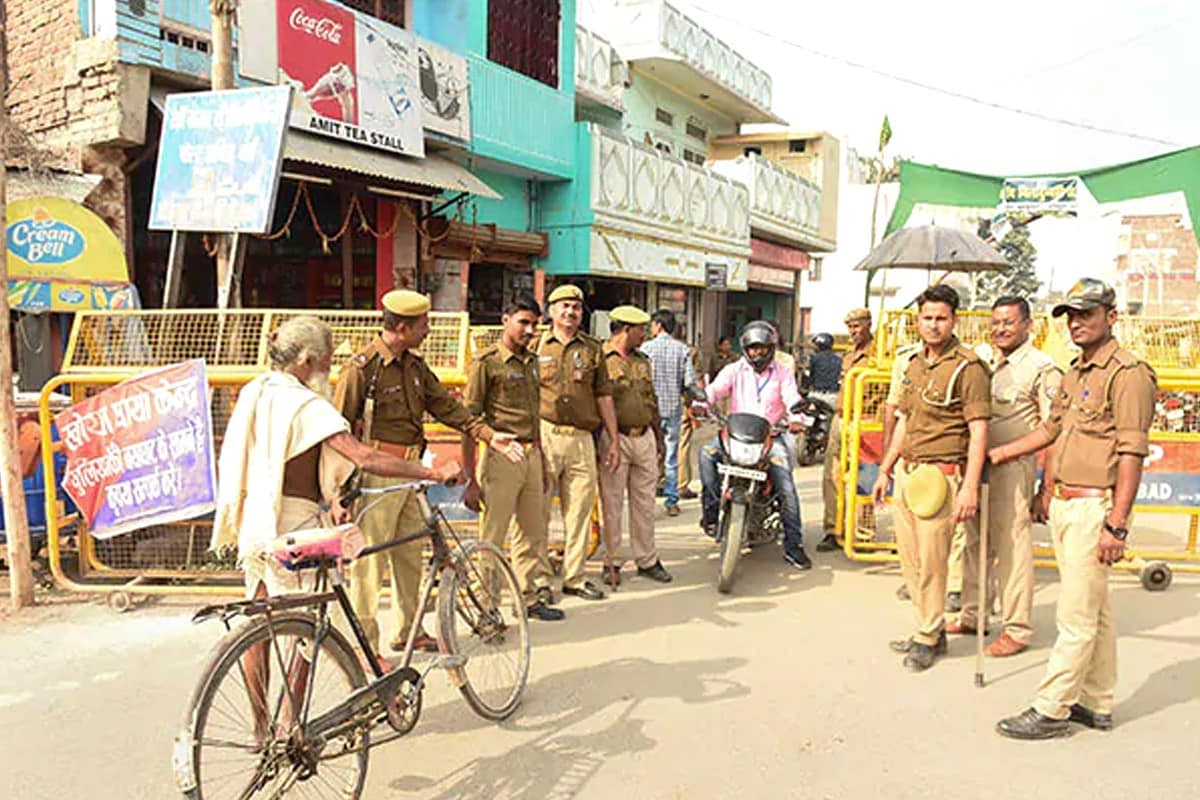 On November 9, the top court directed the Centre to hand over the land for the construction of a temple.

Wearing a yellow kurta with "Jai Shri Ram" prints and sporting a prominent "tilak" on his forehead, teenager Shivam Kumar travelled all the way from Bihar's Rohtas district to Ayodhya, carrying a sack full of bricks to deposit at a Ram temple workshop in the holy town.

"I was just too anxious to come to Ayodhya, and so I, along with two other friends, decided to head to "Ram ki Nagari" and contribute my bit for the temple," he said.

Shivam Kumar, 16, joined lakhs of people in the holy town who had converged in Ayodhya for "Kartik Purnima" holy dip on Tuesday. A native of Dehri-on-Sone town in Rohtas, he is pursuing his graduation in science stream.

"This is my first visit to Ayodhya. I had never thought that I will be coming here so soon," he told PTI, as he carefully laid out red bricks on old stacks of bricks brought by devotees over the years to the sprawling premises of a Ram temple workshop being run by Ramjanmabhoomi Nyas since 1990 at Karsewakpuram.

VHP spokesperson Sharad Sharma said the number of devotees visiting the workshop has spiked since the Supreme Court judgement on November 9.

Since the historic judgement of the top court that paved the way for the construction of a Ram temple by a trust at the disputed site in Ayodhya, and ruled that an alternative five-acre plot must be found for a mosque in the Hindu holy town, a large number of devotees have been flocking to Ayodhya, several among them making their maiden visit to the city.

From far-off Gujarat to neighbouring cities in Uttar Pradesh, the list of first-timers goes on.

K P Yadav, 20, who came from Moradabad, was seen taking selfies against the backdrop of the ''Ramshila'' wall put up by the VHP from the bricks which earlier had laid near the Ramjanmabhoomi site, donated by Indians at home and abroad.

From Pratapgarh, Gaurav Uma Vaish, 16, and Janhvi Uma Vaish, 14, visited Ayodhya for the first time, accompanied by their parents. They were both wearing marigold garlands after visiting the Hanuman Garhi temple.

Rakesh Kumar, their father, said the family visited Ayodhya for the Kartik Purnima holy dip but the visit became "all the more special" as the Supreme Court has ruled in favour of the construction of a temple for Ram Lallah.

Most devotees first pay obeisance at Ramjanmabhoomi and then visit Karsewakpuram to see the temple model and carved stones. Many who had earlier visited Ayodhya but not Karsewakpuram also made a beeline for the workshop.

Other first-time visitors came from Ambedkar Nagar, Gonda and Gorakhpur, among other cities, besides a large group of women devotees from Gujarat, most saying they planned the trip after the top court verdict.

Lucknow resident Anjali Singh, 26, who works in a private company, was thrilled to be in Ayodhya for the first time. She was accompanied by her mother, a regular visitor, who also served as Singh''s guide, taking the daughter to well-known places like Hanuman Garhi temple, Kanak Bhawan, besides taking a holy dip in Saryu and attending the evening "aarti".

"The city definitely has more to it than what is usually portrayed through the media. I am delighted to see this "Ram ki Nagari" but I am aware of the tragic past this city is trying to put behind after what happened in 1992, even though I was not born then. Ayodhya now must not let its social fabric be torn again," she said.

Rakesh Kumar from Bihar, sharing the excitement of his journey, said, "We three could not get a reserved train ticket on such a short notice, so we booked a general ticket and had to face hardships, but it is nothing compared to the joy we are feeling right now."

A VHP member, he claimed he is also part of the Bajrang Dal''s unit in his home state, added that security personnel "did not allow them to ferry bricks" on several occasions, but somehow the trio managed to bring the "10 bricks to its rightful destination - Karsewakpuram".

Since 1990 artisans and craftsmen have fashioned out magnificently carved stones and pillars, with the assumption that one day they will be used to build a temple for Ram Lallah.

As per the Nyas's plan, the temple, once built, will be 268 ft long, 140 ft wide and 128 ft high, from the ground to the apex point (Shikhar) and a total of 212 pillars will be used, according to 79-year-old Annu Bhai Sompura, in-charge of the workshop.

"At night, the carved stones and the pillar dazzle and it feels beautiful. Many are getting drawn by the illumination of the stones too. We plan to keep them for a few more days, as people continue to stream in, including first-timers and regular visitors," the VHP spokesperson said.